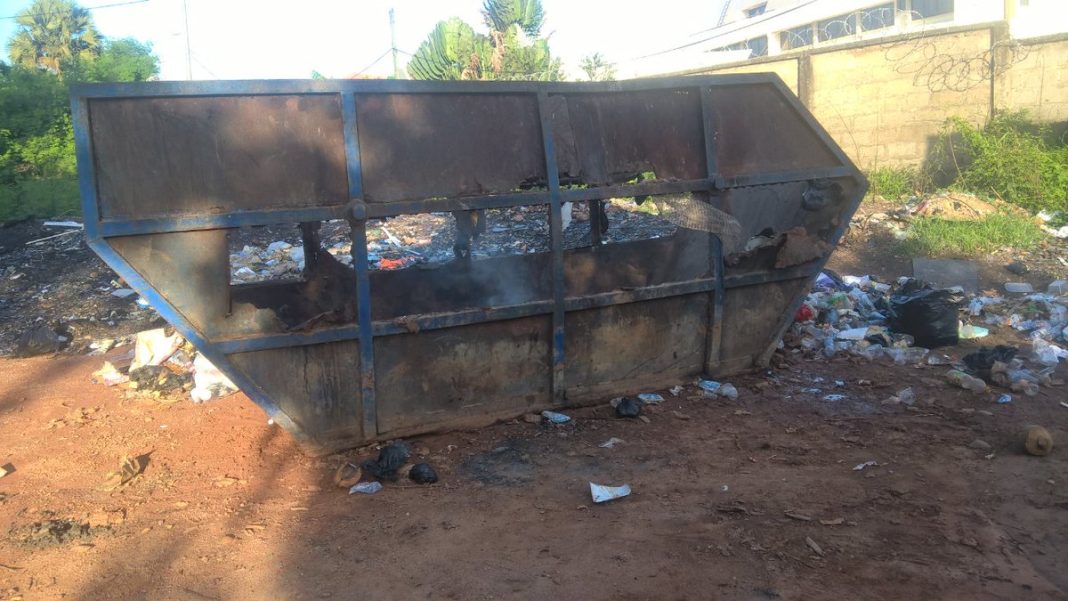 Hajj Baba Razak, the Assemblyman for the Sabon-Zongo-Nawuma in the Bolgatanga Municipality of the Upper East Region has expressed some concern about the sanitation situation in the municipality.

Left unchecked, the health of many residents would be compromised. Hajj Razak in a recent interview on A1 Radio’s Day Break Upper East Show said, as a member of the sanitation taskforce, he has experienced firsthand the many challenges that confront sanitation with the municipality.

“We have had a lot of challenges [with sanitation] and I have been on a lot of committees. The special committee on sanitation, I am a part [of it].”

“All the containers at the sites [communities] got rotten. Once again it is our attitude. This thing [the container] is just there for you to go and pour your rubbish in it. People would go and pour it, stand there and then put fire in it and burn the whole thing. Somebody can just take a mattress or old clothes, go and put them in [the container] and burn it,” he said.

The actions of the community members are affecting the collection and transportation of waste materials from communities to the landfill site in Sherigu.

“It weakens the containers and so the lifespan is reduced. We [the Bolga Municipal Assembly] had to go and pick almost every container. The one that was left was the one that Zoomlion contracted. Those ones were better but those of the Assembly were destroyed.”

Hajj Razak recounted the recent situation where the Assembly was prevented from dumping rubbish at the Sherigu site. He called for a permanent resolution of the situation in the area.

Earlier, Hajj Baba Razak, the Assemblyman for the Sabon-Zongo-Nawuma in the Bolgatanga Municipality of the Upper East Region expressed some worry about the nature of roads in his community.