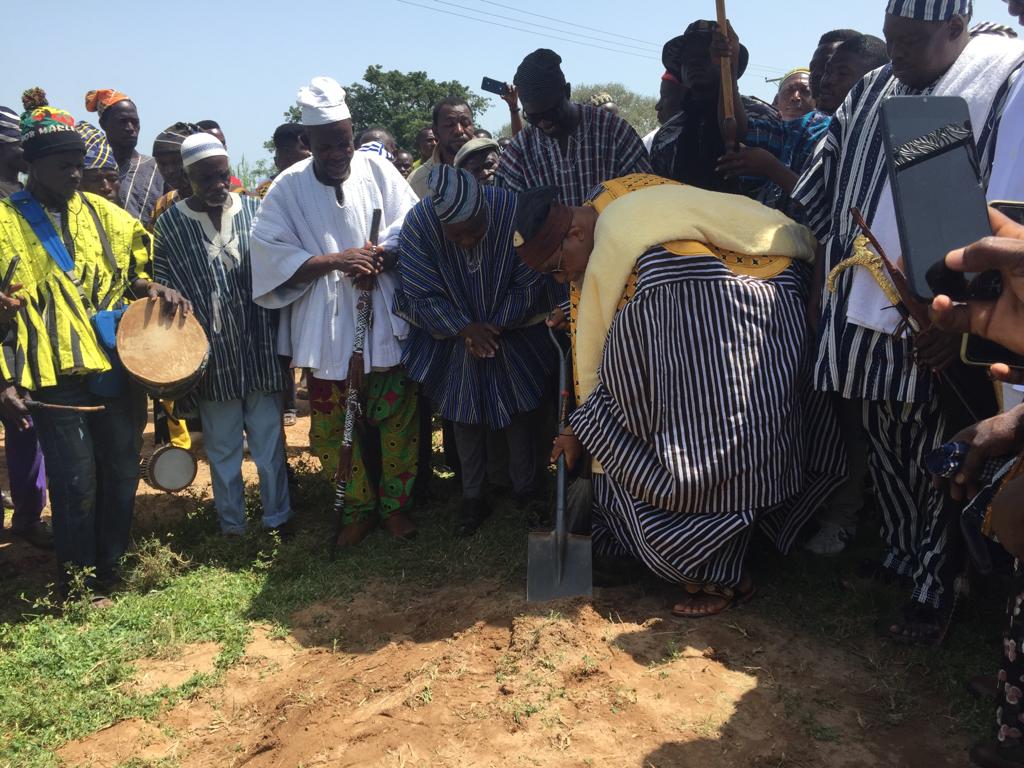 The ground breaking ceremony came off, Monday 10th October, 2022 at around 10:00am with Chief Of Tongo, Tongoraan Naaba Kugbilsong Nanlebegtang serving as the guest of honour. He was supported by the Chief Of Winkogo Naba Moses Aganzuaand his elders, the Talensi District Chief Executive, Thomas Wuni Duanab, officials from Greenfield BV construction firm and members of the Upper East Regional Football Association.

The project is funded by FIFA and is dubbed the FIFA Forward 2.0 Project. The construction of the project is expected to take off immediately and be completed within 4 to 5 months.

The paramount chief of the Talensi Traditional area Naaba Kugbilsong Nanlebegtang said when the project, if well executed, would help the students.

Engineer Tekddjina added that the project will last for four(4) months from October to January next year.

“For now the land is muddy and the weather is not good, so work cannot start for now but we will start with the fencing wall till the rains stop and when the land is dry work will begin,” Tekddjina said.

The Upper East Regional Football Association Chairman, Alhaji Salifu Zida who represented the GFA said the fence wall is being constructed to keep the land safe from intruders.

When the field is completed it will help bring relief to football clubs in the region that are currently struggling due to the absence of an approved playing ground for matches in the MTN FA CUP, Division One League and Premier League.

The Talensi District Chief Executive, Thomas Wuni Duanab said he is grateful for the project.