Pro VC for CKT-UTAS to research impact of mothers on survival, development of children 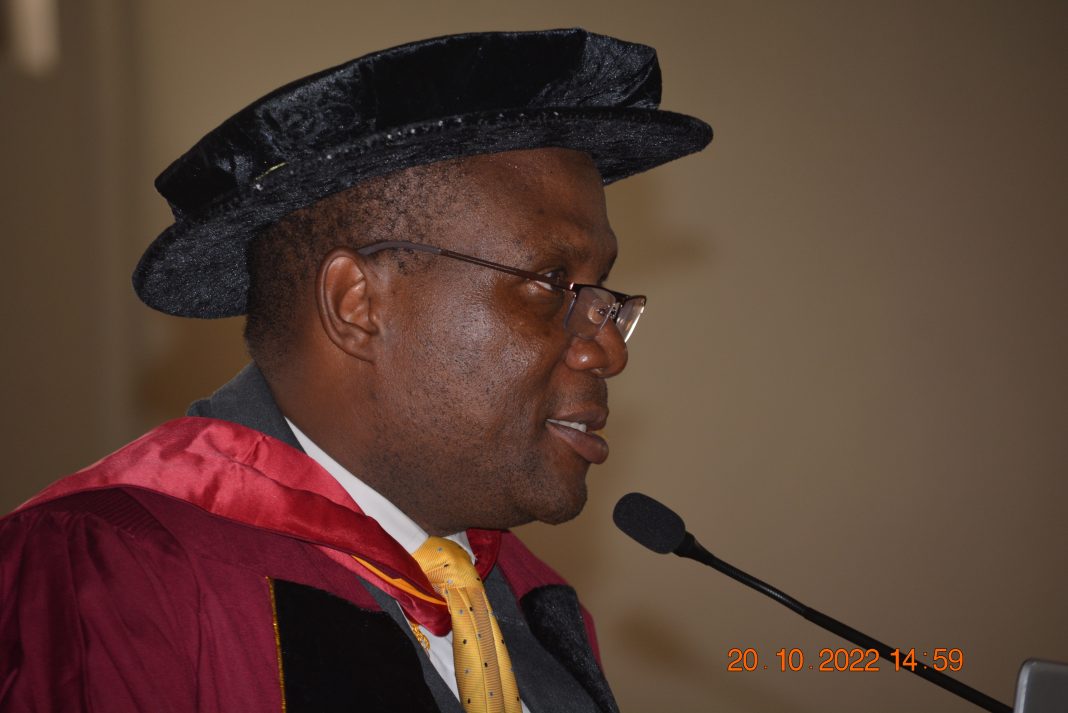 Bishop Professor Albert Luguterah, a statistician at the CK Tedam University of Technology and Applied Sciences, wants to investigate how the mother affects the survival and growth of a child.

“The next major research I intend to work on, is to revisit maternal and child  survival, statistically. It’s clearly established in literature that mothers play a  significant role in the survival and development of a child. The question  remains how significant? A quantification of their impact will give a clear  indication of their role and thus the requisite balance in support needed to  ensure child survival as well as the extent to which a nation or community  must take conscious and deliberate steps to ensure maternal wellbeing.”

The C.K Tedam University of Technology and Applied Sciences held its second inaugural speech under the theme ‘The Statistics, the Noise, and the Cacophony – Applying Statistics in a Contemporary World.’ This time, it was the Pro- Vice Chancellor, Prof Luguterah, who had the opportunity to give the inaugural address.

Professor Luguterah added that “this, of  course, will go hand in hand with a comparison of the role of fathers and, on a  lighter note, hopefully give a statistical justification or otherwise of whether  Mother’s Day should be celebrated more than Father’s Day. A study of this  kind will not only require the monitoring of the child, but also its parents,  consistently, at least beginning with the conception of a child, right through till  the child is past a certain age, say 5 years. This certainly will also require huge  resources, a reason why a proposal for support from donors in this regard is  extremely important. Initial discussions with some friends, professionally and  in the donor community, have proven very fruitful as such a study will be the  first of its kind in the world, and its dividend could be world changing.”

While admitting that the use and appreciation of statistics has increased over the years, Professor Luguterah insisted that more could be done.

Professor Luguterah started his primary education at the Achimota School, primary  department and then proceeded to Notre Dame Seminary Secondary School and ended up writing the O’ level in Navrongo  Secondary School. He continued his secondary education at the A’ level at the  Achimota School, and then went to the University of Ghana for his first  degree. Professor Luguterah continued to do his masters and Doctorate degrees at the  University of Cape Coast and the University for Development Studies, respectively.