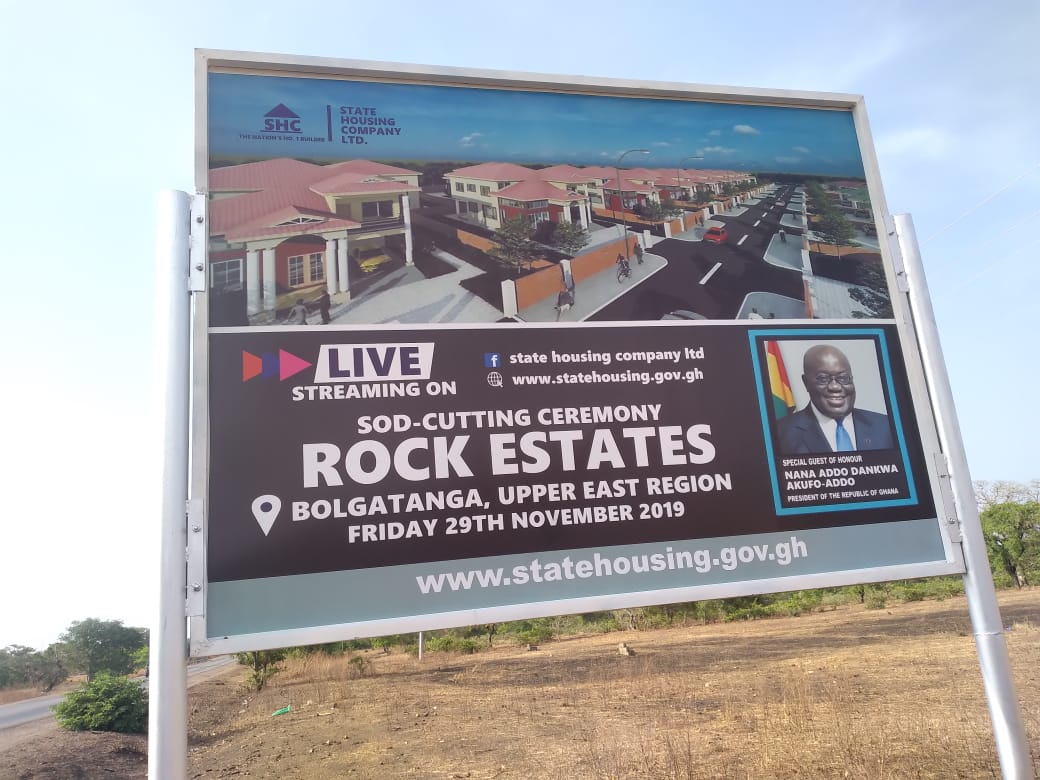 The Deputy Minister for Works and Housing, Abdulai Abanga, in August this year, disclosed that information available to him from the State Housing Company is that the Rock Estates Affordable Housing Project remains uncompleted because of disinterest from the people of the Upper East Region.

Speaking on the Day Break Upper East Show, Mr. Abdulai who doubles as the MP for the Binduri explained that while there are identifiable challenges with the completion of the project, the government’s commitment to completing the project is unwavering.

“My checks with them indicate that, yes, they are eager to develop that project but what they have realised is that there is a lack of interest or market for those estates for now. They are trying to find to stimulate the market or to find another location or maybe bring up new locations to be able to develop more houses for the region.”

The Deputy Minister came under fire for the comments he made about the project. The newly appointed Regional Communication Officer for the NDC in the Upper East Region, Abdallah Salifu, in response to the statement then, said the statements were inaccurate.

“The Minister has to come again. He said why? There is a lack of market? He should not even go there. In fact, there are three estate companies in that area. All of them, they do not have a house standing, as we speak, waiting to be bought.”

“All the houses have been bought. I just want to plead with him. We know that government as we speak is cash strapped. He could have said that and saved all of us,” he said.

Subsequently, the National Democratic Congress (NDC) in the Talensi Constituency in the Upper East Region led by the then Constituency Secretary, Solomon TTB Zinekena called out the MD for the State Housing Company for his “deliberate attempt to deceive, mislead, misinform and mock Ghanaians” with regard to the Rock Estate Affordable Housing Project at Pusu Namoo.

In a statement signed by Mr. Zinekena and copied to this website, the scribe of the NDC in Talensi explained that the communication as put out by the MD of the SHC was misleading and did not represent the facts at the site.

But speaking on the same issue on the same platform today, the Deputy Minister who doubles as the MP for Binduri explained that the problem with the project remains the same.

“The Rock Estates, like I told you the other time, that [the project] has been taken over by the State Housing Company Limited. They operate like a commercial entity but it is a government agency and it is used to deliver affordable housing.”

“My understanding is that they checked their marketing intelligence and there is a lack of demand for houses in that enclave for now. And so, they are just putting their act together and definitely, they would come back to that site and produce those houses for the people of the Upper East Region,” he said.