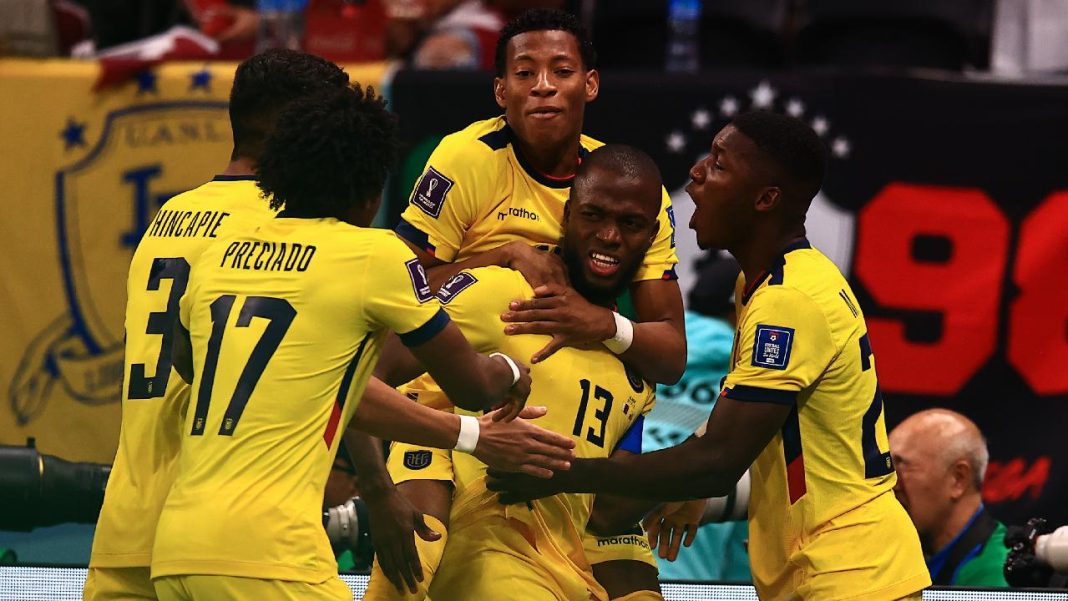 World Cup minnows, Qatar have become the first hosts to begin their World Cup campaign with a loss after they surrendered to a disappointing two zero defeat in the hands of Ecuador.

Prior to the commencement of the game, countless football fans were expectant of a favourable result from the Asian champions particularly given the rapturous atmosphere that greeted the Al-Bayt Stadium. Also, before the game, the hosts had not tasted defeat in any four of their previous matches. But a brace from Enner Valencia in the first half fired Ecuador to a resounding victory at the expense of the hosts.

Enner Valencia, who was a constant threat to the defence of the Qataris throughout the contest thought he had put the South Americans in front after his towering header went straight into the back of the net; but his joy was short-lived as the goal was ruled out for offside by VAR.

The Ecuadorians kept piling pressure on the debutants who did not show up at the party and their efforts paid off in the 16th minute as Enner Valencia scored from the penalty spot to put Gustavo Alfaro’s men ahead. The Fenabache striker had his brace of the day to double his team’s advantage in the 31st minute. The Qataris had their best chance right on the stroke of half time but Almoez Ali failed to convert the rare opportunity to a goal.

Qatar began the second half playing with promise and purpose but still failed to put the defence and goalkeeper of Ecuador to any significant test. Ecuador created a few decent chances in the closing stages but could not find the third goal, and it ended two nil in favour of Ecuador.

This is the first time an Arab country has hosted the mundial. It is also the first time the tournament is being played between November and December.

Qatar have an uphill task ahead of them as they face African champions, Senegal in their next game in four days’ time while Ecuador clash with Netherlands on the same day.