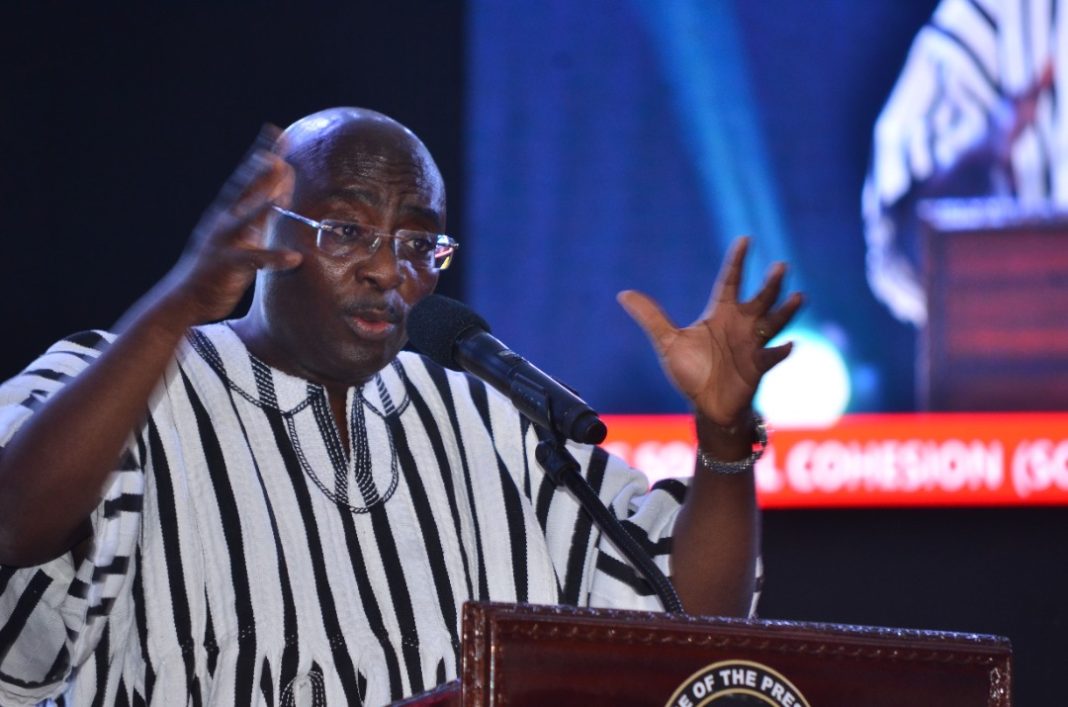 The rationale behind the project according to the Vice President was a result of surging conflicts including terrorism in the sub-regions which affect lives and the Ghanaian economy. 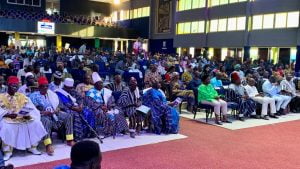 The multi-country SOCO project will be implemented in Ghana, Cote d’Ivoire, Togo, and Benin.

The Vice President stated that the SOCO project will address issues such as conflict, food insecurities, and terrorism that are common to the four countries while leveraging on experience sharing on conflict prevention.

Dr. Bawumia was worried that the living conditions of over 16 million residing in the northern parts of Ghana, Benin, Togo, and Cote d’Ivoire have been threatened by the spread of conflicts from the Sahel regions. The impact of the external factors of conflict and climate change, he said, has compounded with the ravaging effects of Covid-19 which contributed negatively to poverty exclusion and weak governance.

The SOCO project has five core values which include; Investing in Community Resilience and Inclusion, Building Foundation and Capacity for Inclusive and Resilient Communities, Regional Coordination Platform and Dialogue, Project Management, and Contingent Emergency Response Component.

The Minister for Local Government, Decentralization, and Rural Development, Daniel Botwe said the government of Ghana secured funding for the Gulf of Guinea Northern Regions Social Cohesion (SOCO) project after Executive and Parliamentary Approvals on 27th and 29th July 2022 respectively.

He urged stakeholders from the 6 beneficiary regions “to ensure effective and efficient implementation of the project in the MMDAs to realise the expected outcomes.”

The Country Director of the World Bank, Pierre Frank Laporte revealed that the northern regions of Ghana starkly lag behind the rest of the country on all development indicators, hence the project is expected to help bridge the gap.

“Poverty rates were continuously above 50% between 2005 and 2016 in the North (compared to a national average of 25% in 2016). Northern rural areas lack access to critical infrastructure (roads, market access, electricity connection, and access to public services). Ghana’s northern borders are seeing an upsurge in the flow of persons and weapons from neighbouring countries.”

According to Mr. Laporte, the World Bank also has other programs aimed at addressing the drivers of inequality. He said his outfit was committed to collaborating with the government of Ghana to address spatial and other inequalities and improve socioeconomic governance to promote inclusive growth and poverty reduction.

The paramount chief of Nangodi, Nangonaab Na-Pariyong Kosom Asaga Yelzoya II who chaired the launch of the project said the Upper East Region was faced with issues of climate change and it has impacted negatively on the lives of people in terms of food security. And therefore, the project is expected to alleviate the poverty situation of rural folks while addressing violent extremisms.