Only 3 contractors working on traffic lights in Ghana 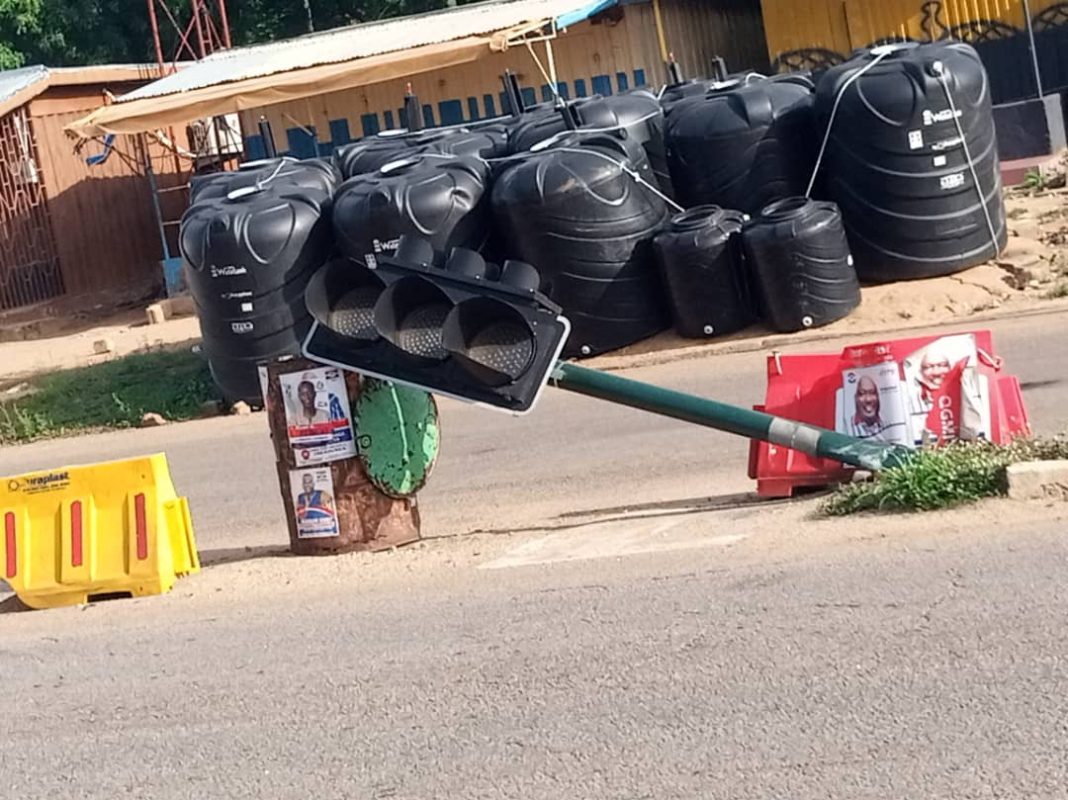 There are only three contractors working on all traffic lights in Ghana. This is according to the Upper East Regional Director of the Urban Roads Department, Ing. Peter Amoako.

He said this when he was responding to concerns about the state of some traffic lights in the Upper East Region on A1 Radio’s Day Break Upper East Show.

“When we have a problem here, sometimes he complains about cost because those in Tamale don’t fall under his jurisdiction. So if you have about 2 [traffic lights down], that means he is coming all the way from Accra to work on them,” he said.

Frustrated about the situation, Ing. Amoak explained that he’s had to find ingenious ways of incentivising the contractor to make frequent trips to work on faulty traffic lights “and so that is how we were managing and the down time hours were not that much. I also pushed him to employ somebody from the Northern part of the country. With that, he employed somebody from Zuarungu.”

Ing. Amoako explained that while very often the traffic lights in the Upper East Region are worked on, power fluctuations and other factors cause the lights to malfunction. “You can fix it right now and in the next 5 minutes, it is down again. Some of the panels, the whole system, the control panels are gone and they need to be replaced.”

Ing. Amoako explained that it has become increasingly difficult to get funds released for contractors to work on traffic lights. The situation arose after the Ministry of Finance took over the payments of such contractors from the Ministry of Roads and Highways.