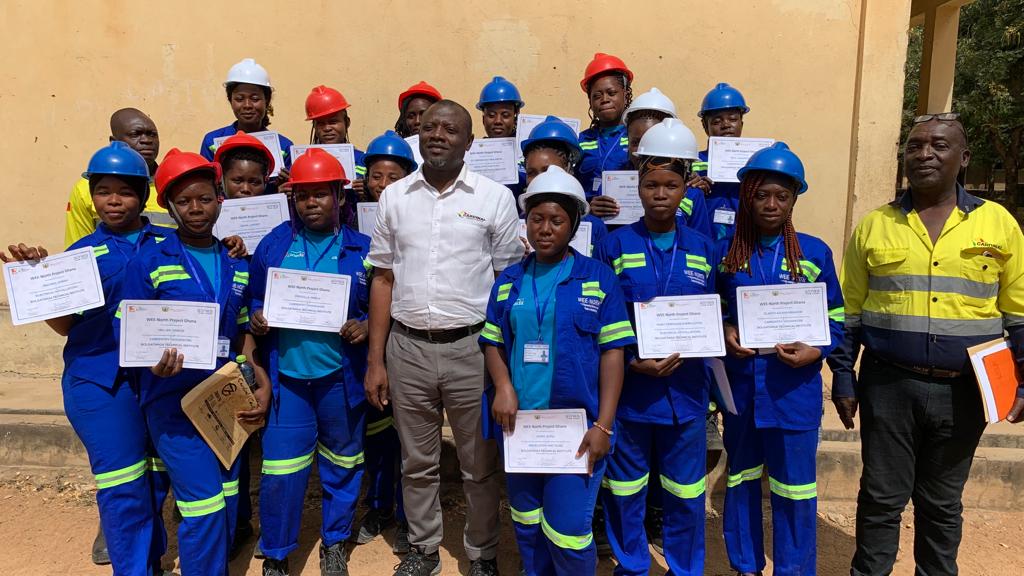 40 young people from the project site of Cardinal Namdini Limited, a subsidiary of Shandong Gold have graduated after completing two months of residential training on technical and vocational skills. 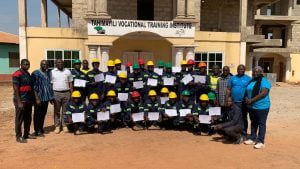 The training was in collaboration with the Alinea Foundation’s project known as the Women’s Economic Empowerment in Northern Ghana (WEE-North). It formed part of Cardinal Namdini Mining’s comprehensive theme of ‘Growing Together’ with communities that it operates within.

The Community & Social Responsibility Manager with Cardinal Namdini Limited, Emmanuel Kofi Adusei stated, it was expected that the beneficiaries would use the skills acquired and the start-up tools to set up their own businesses after graduation and apprenticeship program to join the company’s experienced contractors to help build the mining company.

“The main aim of this initiative is to provide the beneficiary young men and women with employable skills to earn incomes to take care of themselves and their families leading to improved quality of life”, he added.

He urged the graduands to pursue their skill areas rigorously to serve as income sources for them, their families, and the communities.

“Certainly, this marks the beginning of a career for many of you, but it is also a marker in what will be a life-long pursuit of learning, broadening your knowledge, and expanding your life experience.”

The Youth Capacity Building Training program, Mr. Adusei said formed part of the many Corporate Social Responsibility of Cardinal Namdini Mining Limited, including two resettlement projects for the Accra Site and Biung communities which paved the way for development.

Badage Judith Chulujei, a beneficiary of the training said initially, some anxiety set in when she decided to pursue a career in carpentry.

“People were asking me if I can do carpentry. Even though I responded affirmative, I was not confident about myself. But when we started the training with the empowerment session, I noticed it was easy for me. For now, I can construct a kitchen stool, benches, office table, wardrobe, etc”, she said.

Bota Doris who studied bricklaying and tiling said she can now mould blocks, plaster, render walls, and do tiling.

Gubil Sarah who broke the gender stereotype to venture into electrical skills said she can “make an extension cord, connection to solar power, and even partake in wiring a house.” 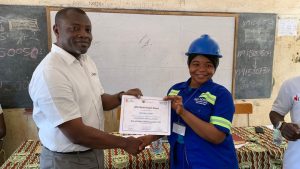 Kusiibuu Pius Alhassan who studied plumbing and gas technology at the Tahimayili Vocational/Technical Institute in Tamale said “there is no aspect of plumbing” that he cannot handle after the two months of training. 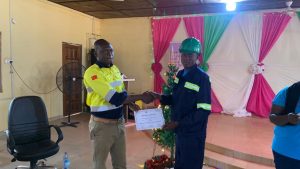 A Training Coordinator with Alinea Foundation (WEE North Project), Dauda Hajia Khadija was glad about how the beneficiaries were transformed in the various fields of skill within a short period. She admonished them to serve as change makers of society as they step out to the field.

The graduands will be attached to industries for attachments of which they will be offered an amount of Ghc 500 each meant for feeding and transportation during the period.