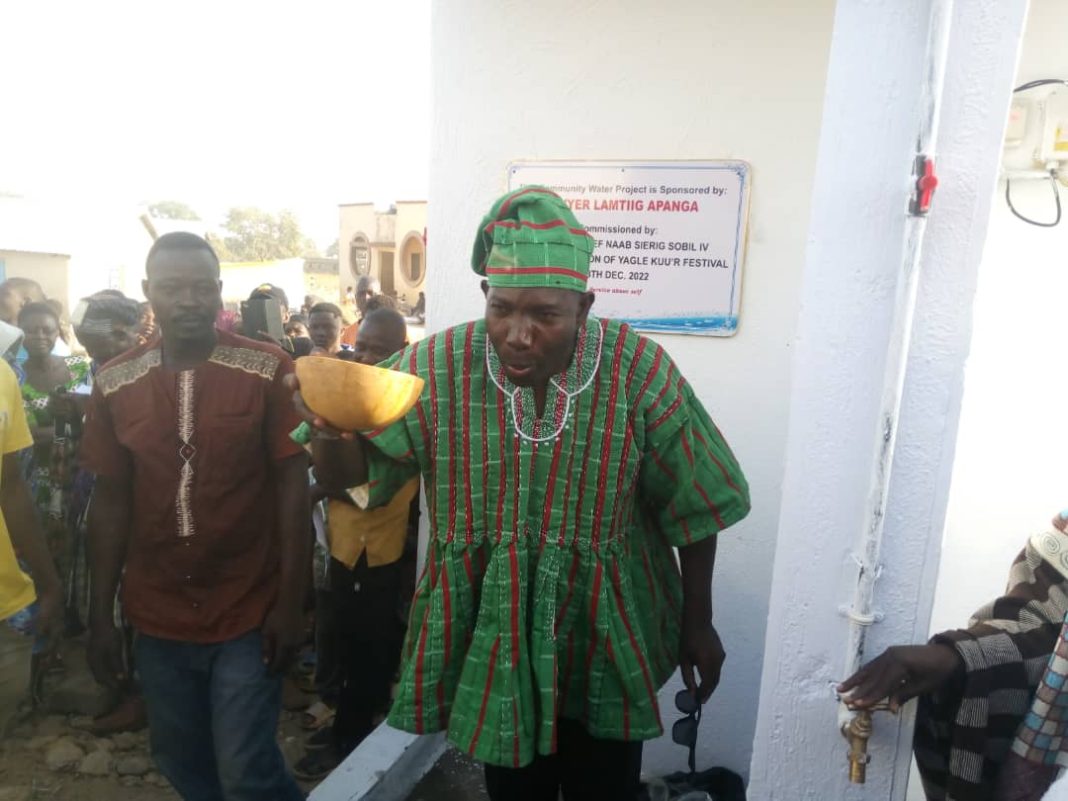 A legal practitioner, Lawyer Lamtiig Apanga has unveiled a  mechanised water project and handed it over to the people of Pelungu in the Nabdam District of the Upper East Region.

The Nabdam District is partitioned into three (3) zones, namely: Zoliba, Nangodi and Sakote zones. A total of ten (10) mechanised boreholes are expected to be drilled across all the three zones in the district, with  Pelungu being the first community to benefit from the initiative.

Addressing the press during the commissioning of the project at the Pelungu market square on Wednesday, the Accra-based lawyer indicated that the project would save women from the sufferings they normally go through in their hunt for water during the dry season.

He said the decision to situate the project in the market square was influenced by the chief of Pelungu’s request for the facility to be drilled there.

“I have thought about the importance of water and I realised how our mothers and women suffer a lot during the dry season and know that water can be a source of illnesses, bad water particularly. So, it’s important that I provide water and water is life. So, I spoke to my father, Pelungu chief and he said that  the best place to do the water is the market because the market is for everyone”

He further admonished parents to attach a significant amount of seriousness to their wards’ education since that is the only means  they could enjoy the fruits of their labour.

He exemplified that the people of Pelungu were beneficiaries of the water project because his father saw the need to educate him and hence urged parents to take keen interest in their children’s education.

The project was commissioned in commemoration of the 5th edition of the annual ‘Yagle Kuu’re ‘ festival. The festival was christened “Building Pelungu today for the betterment of our  future generations”.

On his part, the chief of the Pelungu traditional area, Naab Serik Sore Sobil IV expressed gratitude to  Lawyer Apanga for the gesture and urged him to “forge ahead.”