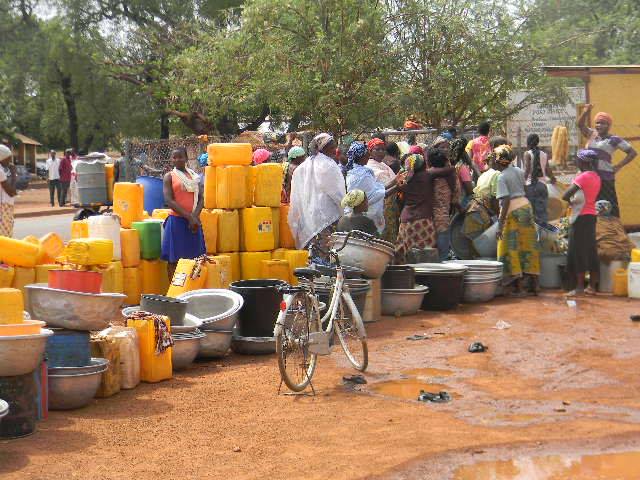 The overlord of Dagbon, His Royal Majesty Mahamadu Abukari II has called on the Yendi Municipal Assembly in the Northern Region and other philanthropists to come to their Aid, to address a perennial water shortage that has hit the municipality for one month.

The overlord of Dagbon was speaking in an interaction with some journalists in Yendi.

It will be recalled that President Akufo-Addo on Wednesday 29th July 2020 cut sod for the construction of the Yendi Water Project in fulfillment of a promise he made to the overlord and the people of Dagbon at the 2019 Damba Festival.

The Yendi Water Project being financed by a 30-million-dollar facility from the India Exim Bank is aimed at providing the people of the municipality and its environs with water when completed, however, residents are yet to enjoy a constant flow of water.

Residents within the municipality have resorted to buying water from private suppliers, a situation His Royal Majesty Mahamadu Abukari II describe as unbearable for the ordinary person.

For a temporal solution, the overlord has appealed to the residents of Yendi to come out and help desilt the Dakar River before the rains set in.