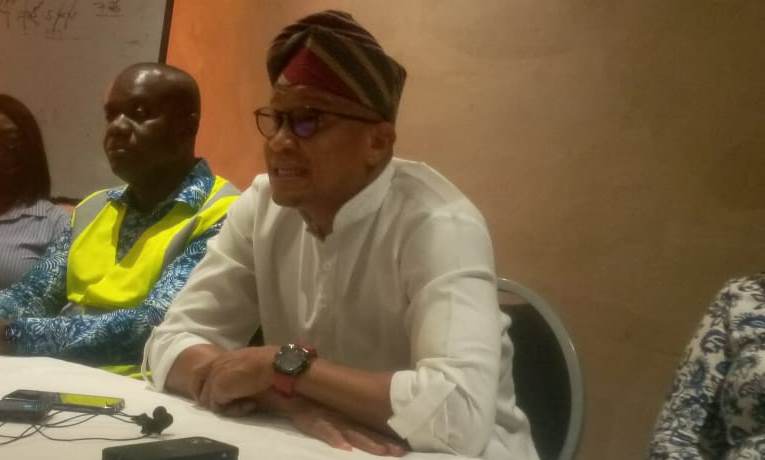 The National Petroleum Authority says it’s concerned about the recent price increments of petroleum products in the country.

The Authority says it is putting in measures to address such fluctuations hence needs public cooperation.

The Head of Pricing at the National Petroleum Authority, Abass Ibrahim made this known in Bolgatanga when the executive officer of NPA, Dr Mustapha Abdul-Hamid paid a familiarization visit to the Bulk Oil Storage and Transportation Company (BOST) depot in Bolgatanga, Upper East Region.

Mr Abass explained that the recent price increments were as a result of the exchange rate coupled with other factors at the international market.

“Exchange rate also plays a key factor in our pricing so as a regulator because we are concerned, what we do continuously is that we monitor the price on the world market and ensure that the importers and the oil marketing companies price their products fairly so that the consumer is not cheated,” he said.

“Also in times when we realize that the prices are rising to a certain level, we advise the government to intervene. Like the recent one you saw was the recommendation that the price stabilization and recovery levy be removed for a while. We are exposed to the changes on the world market there is a limit to with what government can do in subsidizing or intervening in pricing; it can only subsidize or intervene to a certain level like how much it has as a government.”

Touching on issues of smuggling, the Executive Officer, Dr Abdul-Hamid noted that he was impressed with the security agencies as they were ‘upping their game’.

“Frankly when I visited the regional police commander, I didn’t say anything because he said it all; and fortunately demonstrated that he has vast knowledge business and so we are quite confident that we are covered as far as our work is concerned.”

He applauded workers at the Bolgatanga depot, saying that he expects to hear more productive efforts from them.

“Quite frankly, from what we heard and what we saw the depot is being run professionally; they (workers) are doing new parking lot and that is something to applaud them for.”