UE: Police to clamp down on tricycles used as human transport 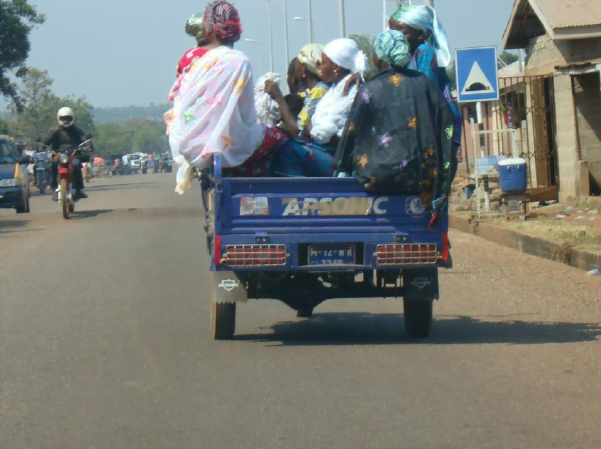 The Ghana Police Service (GPS) in the Upper East Region has cautioned against the use of tricycles to transport people from community to community. This new development from the Ghana Police Service, together with its partners, has arisen because of the incessant accidents that these tricycles have been involved in; with the recent being around Winkogo, a suburb of Bolgatanga.

“You realise that, the calls for sanity or safety on our roads have been re-echoed in recent times as a result of some accidents that we have recorded. In fact, on the Bolga-Bawku road we have we have had some challenges. There have been frequent accidents [involving tricycle] on sections of the road in between Tili forest and Zebilla”.

This is according to the Public Relations Officer of the Upper East Regional Police Command, Assistant Superintendent of Police (ASP), David Fianko Okyere. He said this when he spoke on the Daybreak Upper East Show on A1 Radio.

ASP Fianko Okyere explained that his outfit for some time now has been following the surging cases of accidents on roads in the Region. Investigations, he said, have revealed that many of these accidents are caused by activities of tricycles operators using them to transport human beings.

“We decided to look at what causes these accidents and our investigations point out to the fact that one other means of transport that causes accidents in the region is the motorking that they use to carry passengers, human beings to be precise”.

“You will realise that the road traffic regulation section of 2021 regulation (128) does not permit any tricycles or goods carrying machines to carry humanbeings,” he continued.

Here is an additional statement released by the Ghana Police Service.

1. The Upper East Regional Police Command in acordance with the Road Trafic Regulation(RTR)2012 regulation 128 shall from Wednesday, April 6, 2022 embark on an operation to halt the use of cargo trucks,vehicles and tricicyles(motorking) meant for carrying goods from transporting passengers in the Region.

2. This is in view of the command’s observation that there is an emerging trend in the region where some people use goods carrying trucks, vehicles,and tricyles to transport Passengers which in most cases leads to road crushes sometimes resulting in critical injury and fatality.

3. line with our mandate to protect life and property the upper East regional Police Command therefore serves notice to all motorking riders, passengers and transport owners who engage in in such illegality to as a matter of urgency put a stop to it as when found caupable shall be prosecuted.

4. It must be noted that apart from such excercise being dangerouse to riders, drivers and passengers the act is a complete violations of the RTR of 2012 regulation 128.Anyone found to be engaged in such activity will be arrested, and the means of transport impounded for prosecution.

5. Passengers travelling within the region must do so in appropriate means of transport prescribed as passenger vehicles.

6.Justification on arrest that occupants are travelling to church, mosque, graduation, farms or other social gathering shall not be accepted.