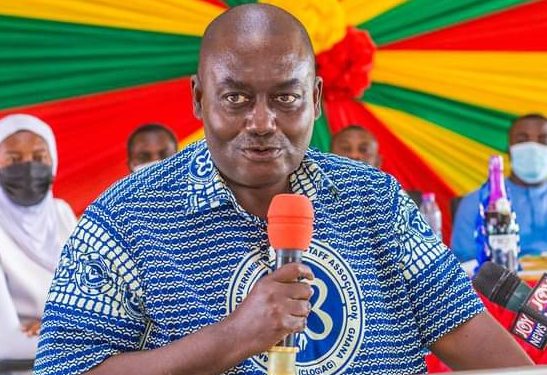 The Civil and Local Government Staff Association of Ghana (CLOGSAG), has called the bluff of critics of the payment of the controversial neutrality allowance as directed by the National Labour Commission, NLC.

Executive Secretary of CLOGSAG, Isaac Bampoe Addo, insists that all negotiations and documentation on the payment of the allowance have been concluded.

He disclosed that the National Labour Commission has instructed the Finance Ministry to pay the said allowance of which a payment plan will soon be rolled out.

Isaac Bampoe Addo was reacting to concerns raised by the public, stakeholders and some think tanks who have kicked against the allowance and advocated for its complete withdrawal.

But at a press briefing in Accra on Tuesday, the Executive Secretary of CLOGSAG, had a word for those who are against the allowance.

“We have gone for negotiation with the government. The Fair Wages and Salaries Commission was present so no one can say we have outwitted and played a fast one on them. This Neutrality Allowance is just a minute part of our broader conditions of service. There are more goodies that we have already finished about 80 percent. We don’t do double work, and we have gone to justify at the negotiation table where we have justified every allowance we receive. It’s signed and sealed. So if you don’t understand it, go and sleep.”

The Centre for Democratic Development Ghana, (CDD), has criticized the Civil and Local Government Staff Association of Ghana for embarking on strike over the non-payment of neutrality allowance.

The Centre is suggesting that the Association rather channels its energies into demanding a level playing field regarding service conditions among public sector workers.

“I really feel CLOGSAG should be pulling back from this course of action”, says Dr. Kojo Asante, Director of Advocacy and Policy engagement at the Centre

CLOGSAG laid down their tools on Thursday, April 21, 2022, following the inability of the government to pay the allowance as agreed upon in January this year.

The association has already given indication that they will call off the strike on the condition that the government makes a commitment to pay the allowances due to them.

But CDD’s Dr. Kojo Asante believes the striking Association is on a wild goose chase.

“What they should all join hands in is these inequity excesses with conditions of service in the different public service that creates a certain unfairness. That may be affecting morale in the public sector.  This is what is sustainable, the path they are going is not sustainable.”

Speaking to Citi News‘ Hanson Agyemang, Mr. Asante questioned the legality and constitutionality of the agreement on neutrality allowance.

He maintains that it was wrong for the government to have considered paying an allowance of a responsibility imposed on them by the constitution.

“I am shocked that government will agree to this in the first place. I describe it as a tautology. How are you rewarding someone for something they are supposed to do as part of their responsibilities? The allowance must be declared unconstitutional. It is illegal in the first place for rewarding someone for something they are obligated to do and are paid for. It is like an unjust reward.”