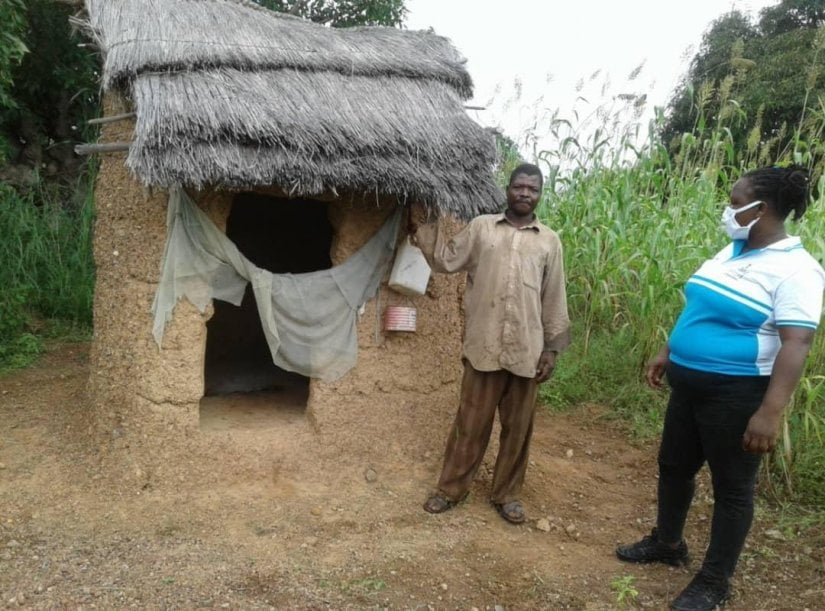 All 88 communities in the Nandom District of the Upper West Region are Open Defecation Free. This means that all households in the district have either a household toilet facility or have access to one.

To help maintain the situation, the Upper West Regional Regional Interagency Coordinating Committee on Sanitation (RICCS) has reiterated its commitment to a continued sensitization strategy.

The strategy would also help the District increase its sanitized levels. The Nandom District is thus top of the Regional ODF League Table.

Meanwhile, the Wa Municipality still lags behind on the league table. This was contained in a press statement released by the RICCS at Wa, the Upper West Regional capital.

Efforts to make the Upper West Region ODF fall under the Community-Led Total Sanitation (CLTS) Approach. The CLTS a is a part of the much bigger Strategy of the Rural Sanitation Model and Strategy (RSMS) which is supported by UNICEF.

The Community-Led Total Sanitation (CLTS) Approach is an integral Strategy of the Rural Sanitation Model and Strategy (RSMS). Ghana’s quest to achieve total sanitation has led to a renewed commitment from government and partners to implementing Water, Sanitation and Hygiene (WASH) Interventions across the country. To achieve the agenda of improved sanitation in the Upper West Region, the Upper West Regional Coordinating Council visa vice the Regional Interagency Coordinating Committee on Sanitation (RICCS) have been championing the course of facilitating behaviour change in the region.

As part of the strategies to make Districts more committed and responsive to behaviour change, RICCS introduced the Open Defecation Free (ODF) league to score, rate and appreciate the progress and performance of Communities, Districts and Municipalities in the region-wide ODF agenda set for December, 2021.

Data available at the Regional Environmental Health and Sanitation Department indicates that 68.7% representing 802 communities have been declared ODF. This percentage, however, constitutes a majority of rural communities across the region, leaving the bigger towns being district capitals and area council capitals which remain the big spot of open defecation which we consider very unfortunate.

The 2020 edition of the ODF league table is in the series which was developed by the usual data submitted by the MMDAs.

Nandom Municipality remained the Number One in terms of District-Wide ODF status in Ghana. All 88 communities have been certified as ODF. RICCS continue to work with the district to move ODF communities to sanitized level.

Jirapa Municipality has equally performed remarkably by moving from 8th position in the 2019 December edition to three steps up- 5th in the 2020 edition. Jirapa also recorded the highest number of communities declared 25 ODFs in 2020. The renewed leadership commitment coupled with passions of Field Facilitators and DICCS, the progress of Jirapa could be rewarding with District-wide ODF successes.

Lawra performance in 2020 has not been good with only 3 communities attaining ODFs. Lawra Municipality has fallen from the second position in the 2019 edition to 3rd in the 2020 edition. Lawra Municipality needs to give critical attention to CLTS approach. The retrogression is thwarting the Municipality Wide ODF agenda.

The Daffiama Bussie Issa (DBI) District, declared 2 communities ODFs in 2020. The Daffiama-Bussie-Issa has maintained its 4th position placement in 2019 on the 2020 League Table. The 2 ODFs achieved had enabled the Daffiama Area Council to be declared Area Council-wide ODF, the first in the DBI District.

Incidentally, Sissala East, Sissala West, Lambussie and Wa East District which have similar cultural orientations are still in the “Red zone” as worse performing Municipality and Districts, respectively. There have been fewer cases of marginal improvement or stagnation.

The Wa West District which was one of the best performing Districts in 2017, 2018 and 2019 as it was placed 3rd on the 2019 edition, is now off track in terms of progress in WASH Interventions. The District has dropped from 3rd position in 2019 to 6th position in the 2020 League Table. This development is a huge challenge in our Regional ODF agenda as the District performance was enviable.

Though Wa West has the highest number of ODF recording communities, that is 160 communities out of 227 communities in the District as at 2019, representing 70.5% are ODF, it has however failed to record a single ODF community in 2020. There is an urgent need for leadership, including the District Interagency Coordinating Committee on Sanitation (DICCS) to revitalize the District ODF agenda.

Worryingly, the Wa Municipal continues to occupy in the bottom of the ODF League Table. The Municipality has 20.9% of its communities being ODF. Even though the nature of the municipality is making it highly challenging to fully implement CLTS approach, peripheral communities are equally not making strive coupled with leadership concerns, as there are no by-laws to back WASH interventions.

RICCS will leverage the experience of Nandom to continue to work very closely and collaborate with District stakeholders to ensure that the Nadowli/ Kaleo District will achieve the target of District-wide ODF.

There are 172,781 people living in ODF communities, representing 20% of the entire population of the Upper West Region. Again, 52,227 household latrines have been constructed since 2012, representing 32% of households owning and using improved latrines in the Upper West Region, while 38,292 handwashing facilities have been constructed in the region in all triggered communities.

MMDAs unwillingness to gazette sanitation by-laws
Some MMDAs do not prioritize sanitation hence the poor performance exhibited on the league table.

Inadequate logistics for field officers to effectively visit communities frequently as required
The outbreak of the COVID-19 pandemic given early restrictions measures including reducing personal contacts slowed CLTS activities as monitoring, sensitization meetings and verifications processes were not vigorous.

In conclusion, it is only important and necessary that, development partners continue to support WASH program in the region in order to realize the dream of declaring a region wide ODF is achieved.

The Upper West Regional Interagency Coordinating Committee on Sanitation is committed to facilitating the effective declaration of communities as ODF for the purpose of ensuring improved sanitation in the region.

Key strategies for 2021 includes, engagement with MMDA leadership, assembly members to canvas support for the initiative, to facilitate the gazette of sanitation by-laws among the MDAs in the region that are yet to rectify their bye-laws.

RICCS will also liaise with local government to include ODF target as an indicator in the DPAT assessment. The regional ODF league table will continue to be released by RICCS not to name and shame but as a tool to empower and encourage competition among MMDAs for the purpose of facilitating improved sanitation in the Region.

RICCS will continue to observe COVID-19 pandemic protocols as well as employing WASH sector stakeholders to continue to focused on the ODF agenda while supporting the fight against the coronavirus outbreak in Ghana.

The Committee will like to appeal to government and other development partners to increase support for WASH activities in the region in order to increase access to improved sanitation to a larger population of the region.

Open defecation in one district is open defecation everywhere in the region.
Let’s all play our part to end open Defecation
Thank you