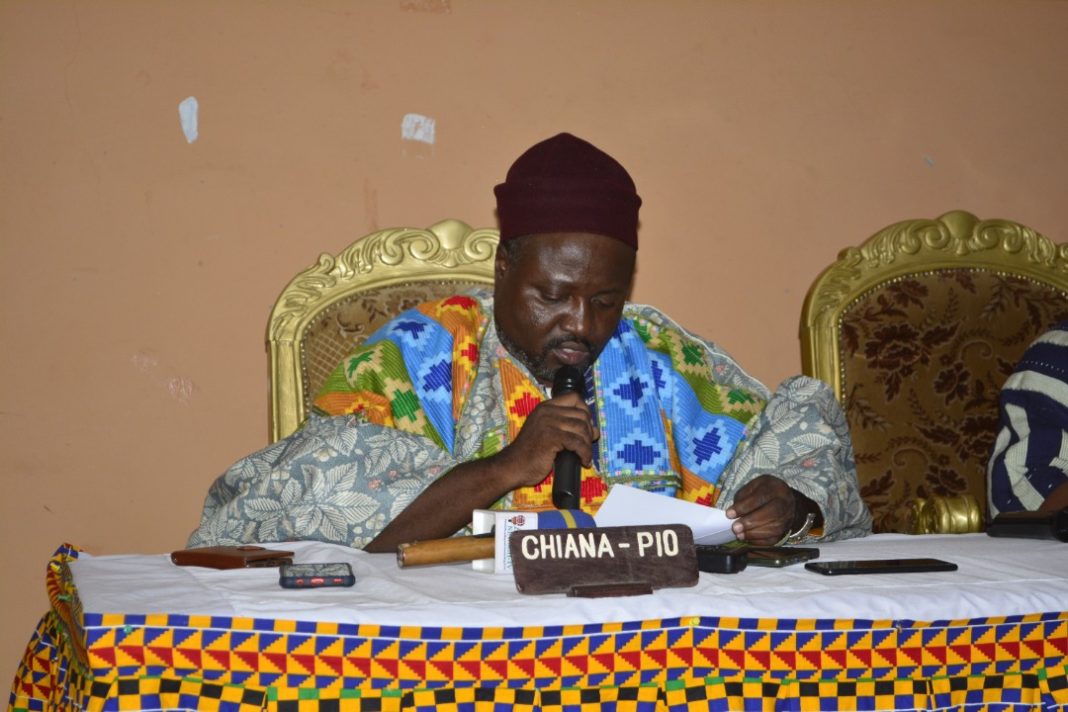 President of the House, Pe Ditundini Adiali Ayagitam III, in a press briefing today, May 26, 2022, stated that Naba Azoka II is the ruler of the Kusaug Traditional Area and advised the Mamprusis in Bawku to select a suitable candidate amongst themselves for consideration by Naba Azoka II for enskinment as a Mamprusi community chief in Bawku.

“Naba Azoka Il is a ruler of the Kusaug Traditional Area. If the Mamprusis in Baku want to be involved in chieftaincy matters they are advised to select from amongst themselves a suitable candidate for consideration by the Naba Azoka Il for enskinment as a Mamprusi community chief in Bawku. As a Regional House of chiefs, we hereby wish to appeal to the Nayiri to advise his kinsmen to embrace this alternative for us to ensure lasting and sustainable peace in the area.”

He said a lot of goodwill has existed between the Bawku-Naaba and the people of Kusaug for thirty-eight years now.

“The Bawku-Naba, Zugraan Abugrago Azoka II has been on the skin for thirty-eight years now and a lot of goodwill and support has existed between the skin and the people of Kusaug. It is trite knowledge that the Bawku Chieftaincy Dispute has been settled through due process/legal process. For the avoidance of doubt, we know that in 1957 the Colonial Governer, Lord Listowell setup a committee of enquiry to ascertain the conflicting claims between the Kusasis and Mamprusis. The committee found that Bawku is a Kusasi land and that the present Bawku Naba’s family are the right descendants and rulers of the Bawku Skin.”

He continued that “this committee finding in favour of the Kusasi was upheld and confirmed by the Court of Appeal (the highest court of the land at that time) in 1958.”

He advised politicians to stay clear of “the Bawku conflict because in our opinion, they are the midwives that have conducted the labour for the delivery of this monstrous child. They are advised to stop parading in political regalia causing havoc wherever they pass with great impunity.”

He urged the police to bring whoever is guilty of breaches of the law to book.
“We cannot continue to allow persons with criminal intentions to hold us to ransom in perpetuity,” he added.