Why cease the collection of tolls? – BT Baba quizzes government 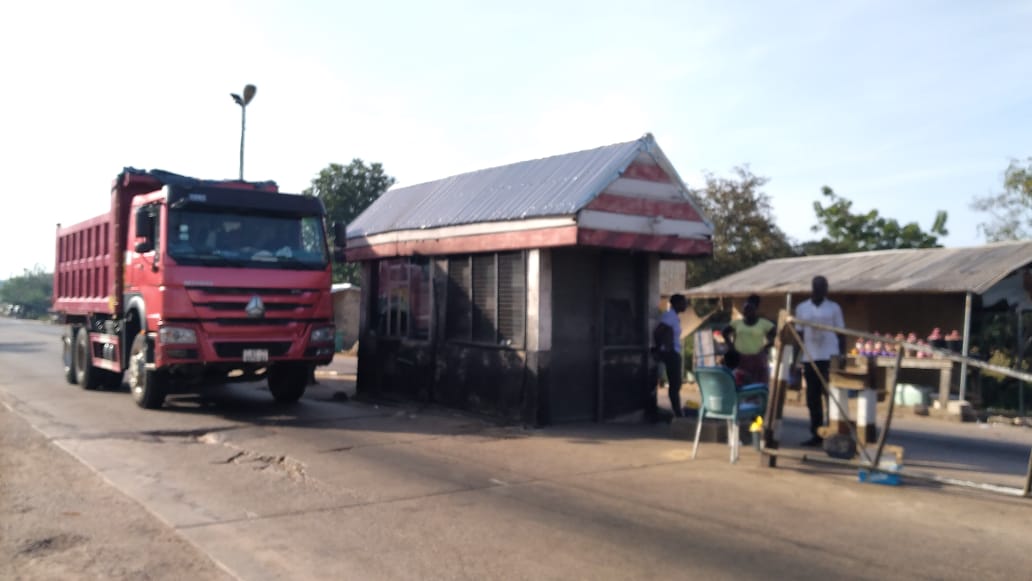 The Member of Parliament for Talensi in the Upper East Region and Chairperson for the Poverty Eradication Strategy in Parliament, Benson Tongo Baba has chided the government for the cessation of the payment of tolls across the country.

It would be recalled that the 2022 Budget Statement and Financial Policy read by the Finance Minister, Ken Ofori Atta, last year, suggested the cancelling of tolls across the country.

Speaking on A1 Radio’s Day Break Upper East Show, Mr. Baba wondered why the government would substitute a tried-and-tested method of revenue generation in favour of a rather unsustainable one; the E-levy.

“We feel there are other ways of generating revenue. For instance, the tollbooth that we decided to open free for all. Look at the articulator trucks, all the way from Tema port, passing all the way, through to this place, to Burkina Faso, Mali and the rest. Our roads are getting deteriorated.”

“You have a time tested revenue avenue. If you go to any developed country, they collect tolls. Our collection of tolls is not a new thing. You are bringing a new thing and then you say the time tested one, let us scrap it and bring a new one, for whatever reason, I am not able to understand,” he said.

Mr. Baba opined government failed to listen to the concerns of the NDC, CSOs and all Ghanaians alike. Citing the initial introduction and withdrawal of VAT by the then Jerry John Rawlings government, the MP suggested that due to the intense uproar after the introduction of the levy, the government should have withdrawn it and expanded consultation on same.

Meanwhile, Mr. Baba had earlier said that the hung Parliament may be God’s strategic plan to unite Parliament, political parties and the country as a whole. It may also be God’s plan to compel the two leading political parties; the governing New Patriotic Party (NPP) and the National Democratic Congress (NDC), to work together to foster the rapid development of the country.