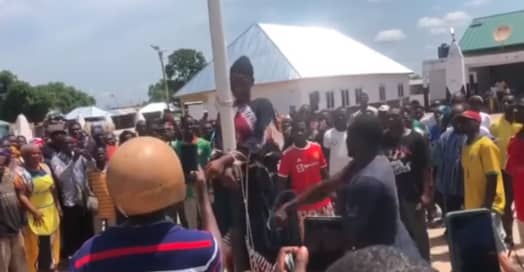 Saeed Abdul Shakur, the Principal State Attorney in the Upper West Region has cautioned traditional rulers that all customary laws they seek to implement must be in direct consonance with the 1992 Constitution and the criminal laws of the country. Lawyer Shakur explained that any customary law or by-law that contravenes the provisions of the aforementioned laws, cannot stand.

He spoke on A1 Radio’s Day Break Upper Show today, Thursday, June 2, 2022, on the back of the flogging of some two persons in Wa, the Upper West Regional capital for featuring in a leaked sex tape. 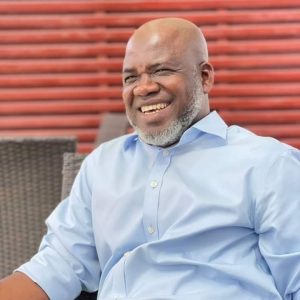 Lawyer Shakur also added that for an act to be considered criminal, there must be stated punishment for same in the constitution or the criminal code. When provisions have been made for criminal acts in the laws of the country, the Principal State Attorney added that there would be no need for same to be attended to by the traditional leaders.

“If the laws of Ghana say something is a crime, it will be duplication to take it to any traditional process to try to even correct it. The first point of call should be to the police and the proper systems.”

“The caveat is that there must not be any conflict or contradiction with any law,” he said.

Meanwhile, the Ghana Bar Association has stated the flogging of the two persons who featured in a leaked sex tape at the palace of the Overlord of the Waala Traditional Area in Wa; the Upper West Regional amounts to a violation of their fundamental human rights.

In a statement signed by the National President of the GBA, Yaw Acheampong Boafo Esq. and the National Secretary, Kwaku Gyan Baffour Esq. and copied to A1 News, the act of tying people and flogging them is humiliating and dehumanizing.

The GBA maintained that the “barbaric act contravenes Articles 12 (2) and 15 (1) (2) (a) and (b) of the Constitution, 1992, which provide; 12. (2) Every person in Ghana, whatever his race, place of origin, political opinion, colour, religion, creed or gender shall be entitled to the fundamental human rights and freedoms of the individual contained in this Chapter but subject to respect for the rights and freedoms of others and for the public interest. 15. (1) The dignity of all persons shall be inviolable.”