Feature: Is politics business in Africa? 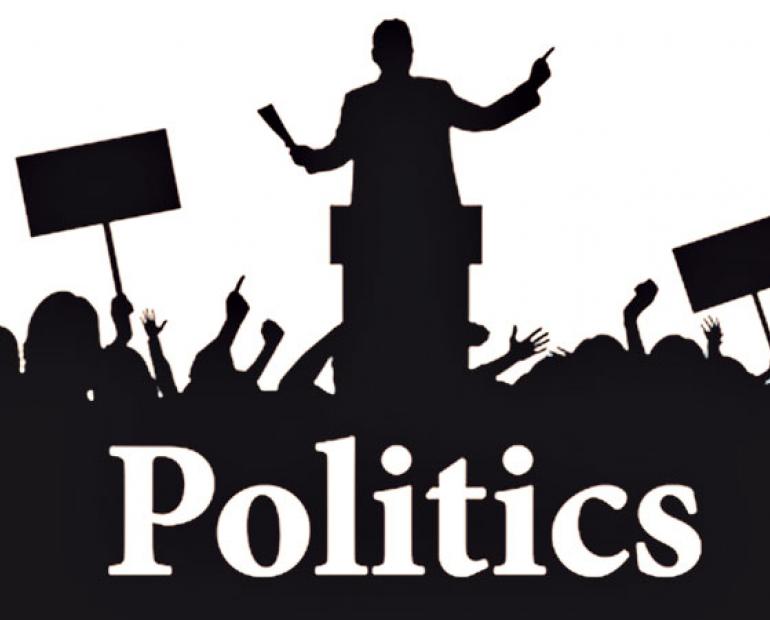 Many African countries are in turmoil. The challenges are massive. Poor health systems. Low-quality education. Unemployment and low skills. Hunger, poverty, and famine. Weak infrastructure and institutions. In addition to these challenges, good governance is in short supply and the main culprit is dirty and bitter politics.

Unfortunately, those who want to do the right thing hardly get the chance in governance and leadership. They are often side-lined, maligned, and marginalised. It seems the only thing that wins is political banditry and thuggery.

Despite these obvious high entry barriers, a good number of people are still interested in the treacherous game of party politics and political leadership. In the grand scheme of things this, supposedly, looks very irrational from the standpoint of the rational homo economicus, but how does one explain this irrational behaviour?

Some of these people who are interested in professional politics are usually passionate about it and appear strongly entrapped by its lure and grandeur. They all share one thing in common – the uncommon quest for power. It is more like an addiction and you wonder why!

Why exactly do people go into politics? Is it mainly to serve or to be served? If it is to serve others, why would one subject oneself through the tortuous process of democratic elections in order to serve? Sleepless nights. Odd meetings. Very strange companies. Painful compromises. They are all in the mix of politics! If it is for power, what is the purpose of this quest and is politics the only means to exercise such powers?

These may come across as simple questions, but their answers are definitely not that simple. Whether it is pursued as a means to serve others or lord it over others, in the end the quest for a career in politics does not often look like a rational choice, which makes one wonder if politics is not more than just altruism and a crave for power. This question even becomes more glaring and pungent in many Africa countries, where politicians take very extreme risks to clench and remain in power.

One possible way to make sense of this seemingly irrational behaviour is to see politics as a business. In contexts where money politics has been normalised, it makes sense for politicians to take calculated risks. Politicians literally make financial investments and expect bounty returns. As such, politics offers a space for commercial entrepreneurship in the true sense.

In such contexts, politicians use money to influence voters. It is a game which voters understand, can predict, and anticipate. Whether induced or deduced, voters and politicians are inadvertently locked-in in some informal market transactions of selling and buying votes. When politicians make such investments, they obviously expect some gains. In other words, politics in this sense can be a business with obvious risks and returns. The higher the risks, the more the expected returns.

The business of politics probably explains why it is very attractive to those who think there is money to be made from this enterprise. They come in various shades.

Some politicians do not pretend about it. It is as clear as it can be. It is what it is – a very transactional engagement. It is all about their self-interests. This understanding makes it easy to attract like minds and easy to agree on expectations and outcomes. They often portray and pride themselves as the real masters of the art of politics. Many people tend to agree with them and they are unashamedly transparent about their strategies and aspirations. That’s how it is done. Anything short of this, is naivety. This class of politicians is very unappealing to the upwardly mobile citizens.

Some other politicians understand the needs of the enlightened citizens and prefer not to be very overt about their crude intentions and strategies. They rather mask them in some nebulous and grandiose cloaks – often packaged as a form of progressivism and intellectualism. This is mainly to appeal to their audience and offer something different from what could be seen as crude and brazen display of politricks and thuggery. Beneath this garb of elegance and decency is a constantly warped and treacherous display of self-interests and greed packaged and sold as enlightenment. The main difference between the two categories is their strategies. While the former is overt, the latter is covert. Nonetheless, their goals are the same.

A third group of politicians are very idealistic and puritan in their approach. They have something to offer and truly want to serve, but they either do not understand the rules of the market for votes or they think they can change things by ignoring the rules and in most cases swimming against them. However, they hardly win elections because they rarely make any financial investments in the business of politics. They do not fully understand the dominant game. As much as some voters may like what they represent, they rarely have sufficient incentives to patronise them. In the end, they become cases of good products but unrealised potentials. This makes one wonder why politics has become such a big business and how actors in it behave and entrepreneurially navigate the murky waters of the business of politics.

Unfortunately, the business of politics is the bane of democracy and good governance in many African countries. Sadly, too, it is often normalised and taken for granted. This normalisation and taken-for-grantedness could be as a result of helplessness – because people do not know how to unravel and dismantle this apparently entrenched market for votes. It could also truly reflect the type of politics people want. Either way, there is a need for some systematic research in this area to truly understand the issue, its associated problems, and how to overcome them (if at all required and necessary).

In case the status quo is preferred, it is obvious the business of politics needs what I may call “political entrepreneurs” to thrive. They are political entrepreneurs not because they are interested in positive societal change, but because they only see politics as a market opportunity to exploit and a business to maximise their financial self-interests. If this market and business approach is the preferred option by society, then are there ways this market can be reformed to function as a good market? This is important because if this is a desirable type of politician-voter relationship, then it needs to be a proper and efficient market, subject to the laws of competitive markets.

Irrespective of the options and preferences, political entrepreneurs, especially in Africa, are worthy of study in their own right. Although they may not like to identify as such, experienced researchers can always find ways around this. This should be a rich empirical phenomenon and Africa offers a commensurate empirical site for such knowledge creation!