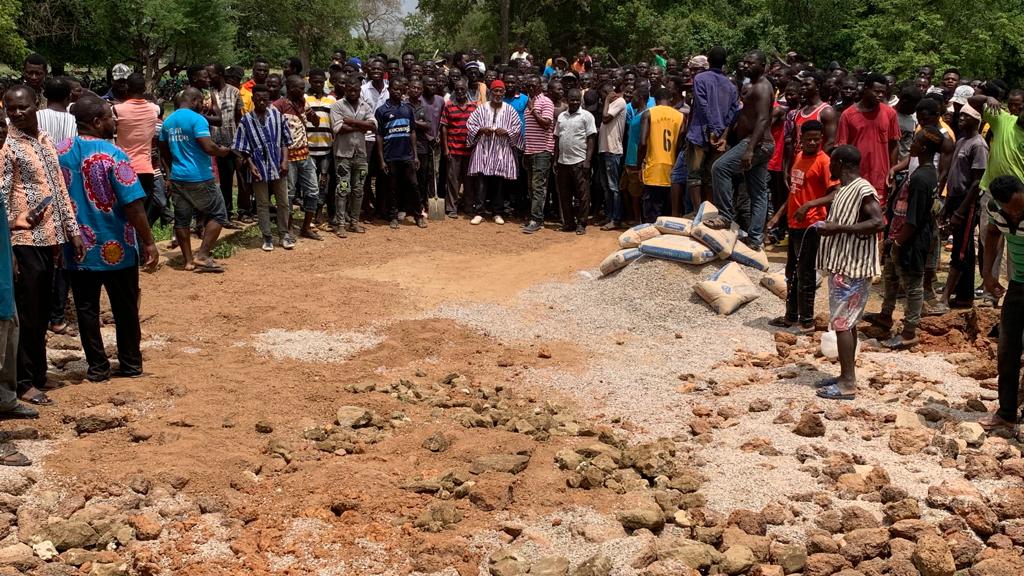 The residents of Kandiga in the Kassena-Nankana West District of the Upper East Region have appealed to the government, to as a matter of urgency, reshape the road linking the Kandiga Chief palace and the Kandiga market from the Kandiga-Sirigu main road.

The residents, through the Chief of Kandiga Traditional Area, Naba Henry Abawine Amenga-Etego II expressed dissatisfaction with the government’s commitment to the plight of the residents.

As the rains set in, the chief said his palace and the Kandiga market may soon be cut off if appropriate measures are not taken to reconstruct the culverts and reshape the road.

“If this road is abandoned, there is no other road coming to the palace. And this is the main road leading to the market but the government has abandoned it. In the whole of Kassena-Nankana West, the Kandiga market is one of the biggest markets but there is no access road to the market. So, we want to tell the District Assembly and the government that if they abandoned us, we will also abandon them.” 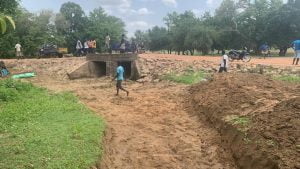 This came to light when the chief led the teeming youth of Kandiga who turned out in their numbers to reshape the deplorable road. The residents carried gravel, stones, and dredge for easy flow of water. In their own capacity, they procured cement and tipper truck services to reconstruct the unmotorable road.

In an interview with A1Radioonline.com, Naba Amenga-Etego II said the situation was getting worse day by day hence the need for the community members to embark on the initiative to avert the residents from being cut off due to torrential rains.

“I think the government has abandoned us in developmental projects, especially this road. So, we feel it necessary that we have to do our best for the government to know that we are doing our best and come in to help”, he stated.

The chief indicated that it was extremely difficult for traders to transport their produce to and from the market due to the deplorable nature of the road.

Naba Amenga-Etego II in a disgruntled tone served a notice that the residents of Kandiga may have no option but to generate their own revenue from the market to reconstruct the deplorable road if the government through the Kassena-Nankana West District fails to heed to their predicament. 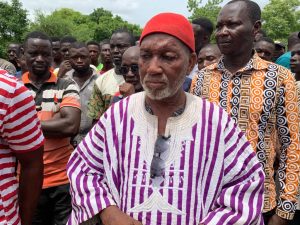 Assembly member for the Nindongo electoral area and Chairman of the Kandiga Area Council, Mathew Akakuzia said all efforts at the assembly level for authorities to reconstruct the road proved futile.

The residents say the chief and residents have no way out because the access road linking the Kandiga palace and the Kandiga market becomes muddy and slippery during the wet seasons.

The residents are therefore appealing to the government to reshape the road to facilitate smooth and easy movement of the people and their economic activities.