‘Bolga Sanitation Day’ to be launched in the coming days 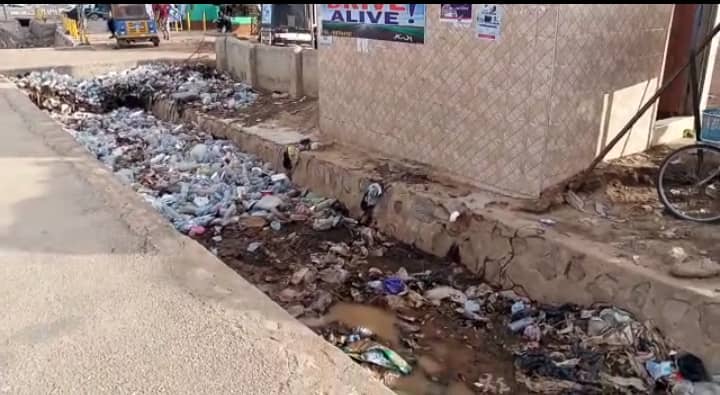 The Bolgatanga Municipal Assembly, in their attempt to deal with the filth within the central business district of the Municipality, is expected to, in the coming days, launch the ‘Bolgatanga Sanitation Day’.

The day would be used to further the education about maintaining a properly sanitised environment. It would also be an opportunity for residents to come together and clean public spaces.

It forms part of the MCE’s campaign to make the regional capital, Bolgatanga the cleanest city in the region.

This was said by the MCE for the area, Rex Asanga when he spoke on A1 Radio’s Day Break Upper East Show, Friday, June 10, 2022.

“We are going to launch the sanitation day. We hope to use that as an educational programme and also to issue out some of the measures that would be taken out against people who continue to deliberately litter the environment and cause all kinds of sanitation problems for us.”

“I have kept saying that it is not fair, for people to sit in front of their shops, sweep rubbish into gutters next to their shops and expect either Zoomlion or the Assembly to come and remove that rubbish. You go through the town and almost all our gutters are completely silted up with rubbish; not with sand, but with rubbish.”

The MCE called for a change in the attitude of residents. He explained that that may be the only true way to address the concerns of sanitation in the municipality.

“Attitudinal change is key. We are going to start sanctioning people. The taskforce is expected to go into action,” he said.

This however weakens the metal waste bins and shortens their lifespan. The situation has become a worry to the MCE for Bolgatanga, Rex Asanga.

It would also be recalled that in February when the MCE spoke on the same platform, he gave a strong indication that its fight to decongest unplanned and overcrowded areas and ensure proper sanitary practices in the Municipality would be intensified.

He said the Municipality could not continue to wallow in filth. Also, Mr. Asanga was displeased about the haphazard nature with which some structures had taken up parts of the roads.

“You see what Accra is doing, we are going to do something similar. I do not see why you should put a container next to the street, right in front of a gutter and then you are waiting for Zoomlion or Assembly labourers to come and sweep. We will not tolerate that. Anyone who is unable to keep his or her frontage clean, we will shut him or her down. You won’t use the shop for about a week. When you are ready, you would come to the Assembly to sign a bond of good conduct,” he said.