UE: Trapped on the Motherhood Web; a feature that explores adolescent pregnancies in the region 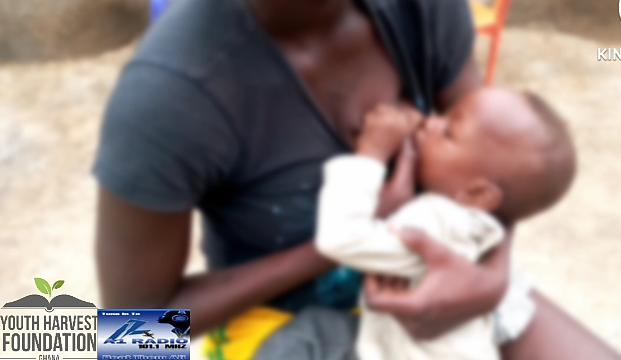 It is a fact that stakeholders in health and other partners for years have made contributions toward ending adolescent pregnancies in rural communities in the Upper East Region.

From the Ghana Health Service (GHS to Nongovernmental Organizations, all have and continue to create avenues that sensitize teenagers to the hidden dangers of teen pregnancies and how collectively such can be avoided. The expectant results have, however, not been positive.

Given these intriguing figures, Moses Apiah of A1 Radio with support from Youth Harvest Foundation Ghana has visited some rural communities in the Upper East Region to explore the knowledge of reproductive health education and the hidden dangers victims of teenage pregnancies face in their quest to overcome their fears.

In this feature, Trapped on the Motherhood Web, he focuses on a 17-year-old protagonist who already has two beautiful daughters who are a few months. Despite the almost insurmountable challenges, she still charts her way through education.

A few months later, Prospera, her second daughter; not her real name, came along. This web of motherhood at her age, Bernice said will not break her from charting her way through education and achieving her goal of becoming a fashion designer.

“Irrespective of the challenges and public ridicule, I will still pursue chart my way to fulfil my goals. I’m currently in SHS one though Mathematics is my problem I will persevere to make myself, my daughters and my mother proud. Having my two children will not stop me from going to school and achieving the goals I set for myself. I know education is one of the ways that can help me in this situation. It’s not easy. It is not easy taking care of them from feeding to changing diapers. And also, the insults from friends and family members are things that can’t break me down.”

Bernice usually walks for one and half-hour each day to her school. She explained that her condition was not her own making; her father also played a part. Bernice’s father, a local mason, has been rude towards her the very day he discovered she was pregnant for her first child. His rudeness even grew bigger when he realized that the boy that impregnated her, could not get married due to tradition.

“I didn’t just get out to start dating boys. The insults and beatings I usually received from my father anytime my mother went to work compelled me to go and stay in my uncle’s house. From there, I started following friends who knew boys. I didn’t also know how to handle myself when I was with boys. But now I know and I’m sorry for causing so much pain to my mother.”

Amongst the Gurune tribes, tradition has placed a doctrine that forbids family members from the same clan from getting married.

Her mother, Mary, a poor local weaver, was rather supportive but heartbroken upon hearing from close friends that her daughter was pregnant again. Mary is a devout Christian, she is terrified by the chronicles of her daughter’s predicament.

“I was angry to the extent that I told her she will never get anything from me again. Because her first child, I saw that to be the making of God, but her second child, it was now her own making. What even worry me the most was the same boy who we told her they can’t get married to, was the one that get her pregnant. But before everything, God is our saviour, so I gave everything to God. When she told me that she wanted to continue her education, I decided to now be a by-force mother of her children.”

She, therefore, encouraged mothers to see the difficult circumstances of their children as the testing of God and assist them when they need be.

“As mothers, let’s always try to see the positive aspect of life irrespective of the circumstances our daughters normally put us in. It’s God that knows best. Sometimes the children that will one day help you, the devil always wants to lay its wicked hands on him/her and in the end, make the child useless. So, I encourage parents not to always abandon their children at the point of need.”

Bernice’s story was quite common, a result of a broken home; a lack of adolescent reproduction health education. In the Upper East Region, Talensi District leads with the highest number of teen pregnancies in 2022.

Linda Ayolka a Registered Community Nurse in the Talensi District made the known.

She, therefore, advised parents to increase the sensitization of reproductive health education amongst their wards.

I asked traditional leaders in Bernice’s community what they thought was the way forward in fighting this problem. Godwin Akapira, an elder, said tradition ought to be re-looked at. It was taboo for parents to mention their genitals in front of children.

But now Augustine Achigibah said things ought to be changed for the better good of these teens. Achigibah is a project officer of Youth Harvest Foundation, a nonprofit organization that focuses on empowering vulnerable girls in society.

Bernice though has been trapped in this motherhood web, change was all that she needed in her society and set to be that change.