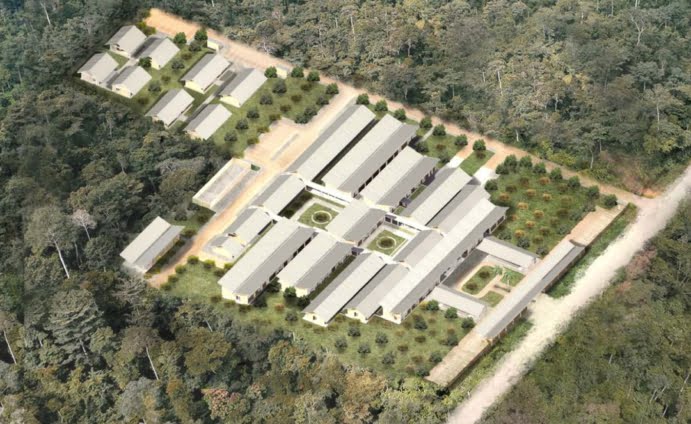 The government’s major health programme has taken off smoothly in the Nabdam District of the Upper East Region. The NDC MP for the area, Dr. Mark Kurt Nawaane confirmed this when he spoke in an interview with A1 Radio’s Day Break Upper East Show.

The government’s Agenda 111 initiative is currently underway in five districts in the Upper East Region.

The areas are; Binduri District, Bawku West District, Bolga East District, and Talensi Districts. The latest to join the fray is the Nabdam District.

The Upper East Regional Minister Stephen Yakubu announced this when he inspected the progress of work at a health facility under the government’s agenda 111 hospitals in the Binduri District.

Barring any unforeseen circumstances, construction work on Bolgatanga East’s share of government’s Agenda 111 would be completed as scheduled; 18 months after construction begins.

This is according to the District Chief Executive for the Area, David Amoah. He said this when he spoke on A1 Radio’s Day Break Upper East Show.

Also, Ayinga Abagre Yakubu, the DCE for the Binduri District in the Upper East Region said the completion of the government’s Agenda 111 hospital in Binduri would mean expanded access to primary health for the people of the Binduri, Garu, Tempane and all other surrounding communities.

He said this when he spoke on A1 Radi’s Day Break Upper East Show about the progress of work on the government’s priority programme; Agenda 111 in the area.

Meanwhile speaking on the same issue on DBUE, Dr. Nawaane said “last weekend I was at the site. I saw that they had done excavation. Yes, they have done excavation and land preparation. But like I have been saying, the amount that has been used was part of a small amount that was kept aside; about $100 million from the COVID-19 money that came in.”

“This is being used for a lot of excavations in the country and I wonder that with this our practically HIPC status, whether we can get money to finish this project,” he said.

In an earlier interview, Deputy Ranking Member of Health in the Parliamentary Select Committee, Dr Mark Kurt Nawaane indicated that it may be merely a dream for one to suggest that Ghana can achieve universal health coverage in the next couple of years because of the lackadaisical attitude of the Akufo-Addo-led government toward the development of health.

Despite the springing up of the government’s flagship health programme; Agenda 111, the MP for the Nabdam Constituency said the project as it stands lacks a proper source of funding.

Speaking on A1 Radio’s Daybreak Upper East Show, the MP explained that since the commencement of the implementation of the project, minority MPs in Parliament still struggle to get an explicit understanding of its funding source.

He said, “this Agenda 111 hospital project is something we in parliament are struggling to get a clear picture of the funding source and also the policy strategies after its implementation. So, for us to conclude that such an initiative will help us achieve universal health coverage is a betrayal of a dream, to begin with.”