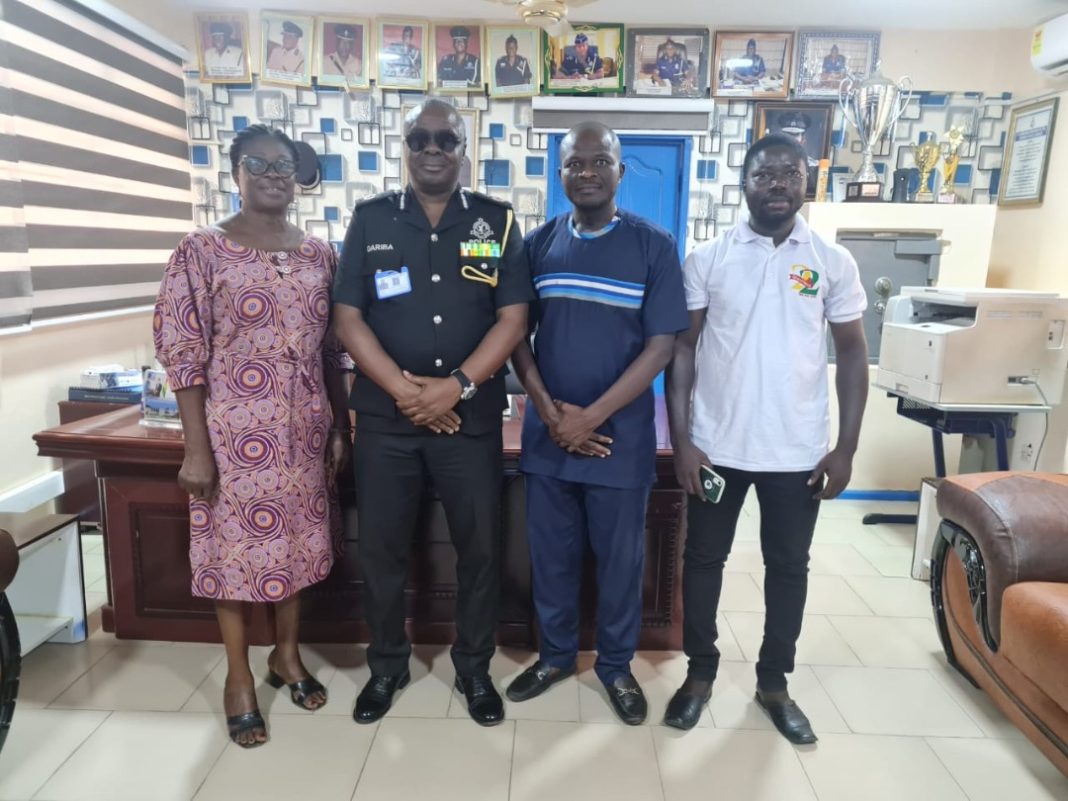 Media practitioners in the Upper East Region have been commended for exhibiting a sense of professionalism in their reportage in maintaining peace and order.

Upper East Regional Police Commander, Deputy Commissioner of Police (DCOP) Dr. Sayibu Pabi Gariba who assumed command on Thursday, March 11, 2021, indicated that the police in the region have enjoyed the corporation of the media in combating crime.

“I must be sincere that since I assumed command in this region about 1 year and 4 months, we’ve never had any problem with the media. The corporation and the collaboration with the media have been very good and I want to take the opportunity to commend my PRO who has maintained the rapport with the media.”

DCOP Dr. Gariba said this when new executives of the Ghana Journalists Association paid a courtesy call on the regional police command.

Speaking on security in the region, the police commander stated that the region is enjoying relative peace except for the disturbances in Bawku, Atulbabisi, and Doba/Kandiga.
He assured residents of the Upper East Region of the police readiness to combat crime when they occur.

DCOP Dr. Gariba remanded the public of the role in assisting the police with the required information to nip in the bud acts that could jeopardize the relative peace the region enjoys.

“The Ghana Police Service, whether in Accra or this region, are here to serve you, we are not here to intimidate anybody. That is why in our operational strategy in the region, we now immerse policemen in our communities. Whether day or night, when you travel, you will see police checkpoints and duty points across the region”, he added.

On his part, Upper East Regional Chairman of the GJA, William Nlanjerbor Jalulah commended the commander for transforming the regional headquarters, Bolgatanga Municipal police station, Navrongo Police station, and other units of the service.

Sometime in the past, the cases of motorbike snatching in the Upper East Region were alarming. But under the watch of DCOP Dr. Gariba as the police commander, the GJA Chairman said the trend has seen a proportional decrease.

Mr. Jalulah admonished the police command to make information available to the media on time to avoid speculations.