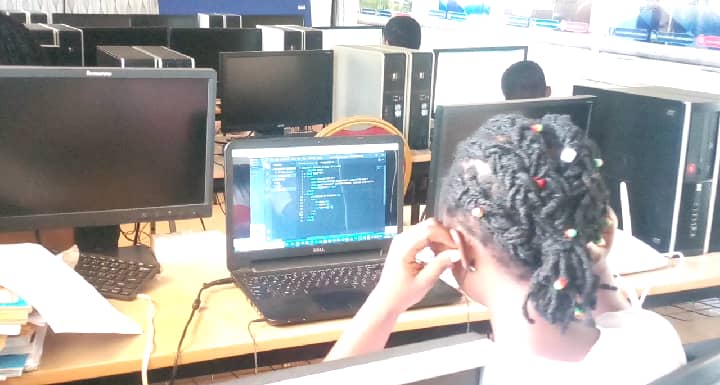 “My mother keeps telling me to find a job that can earn me huge money for the family or better still join dressmaking or hairdressing,” said Rita Apambila.

Rita is a native of Zorbisi, a suburb of Bolgatanga in the Upper East Region. She never thought of learning Information Technology (IT) or its associated courses as her only hope was to support her poor family financially after completing Senior High School in 2016. 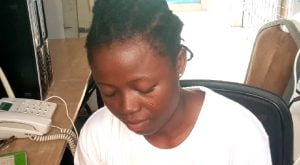 But after months of searching for a job and getting turned down by job owners, Rita decided to try her hands on the most brain-cracking field, I.T, especially web development.

Having never touched nor owned a computer before the course, she was bent on fulfilling her newfound dream of becoming a notable tech wiz in her community.

“I remember my first day at Norgence IT Solutions, sitting in front of a computer; I was nervous. Navigating through [the process], especially how to put the pointer at the right place was a challenge. It took me days of practice. A few months later, my hands were fast but not fast enough like the little children I came to meet. There, I kept pushing to learn more irrespective of the negative feedback. Yes, the negative feedback.”

“The frustrations, the negative inner thoughts of giving up, and the wondering from friends and family members of why I was wasting my time in learning something that doesn’t bring daily incomes were but a few of the emotional trauma I felt.”

The 25-year-old spent 3 years mastering Basic IT Proficiency, Ms. Office, Graphic Design, and others, and now charting her way through web development.

For Rita Apambila, who is making waves in her own way, it is rather unfortunate, in her opinion that her mother still doesn’t see the value of being proficient in IT.

“Getting to this level of web development is a sign of pushing forward. I see myself clamping the ladder of becoming the computer wizard I want. But my mother still demotivates me. She thinks I’m wasting my time. She often compared me to my colleagues who have joined hairdressing and dressmaking and are earning enough money. Sometimes I understand her, but I usually consoled myself with the saying that our fingers are not the same. So, more hope ahead.”

Rita though is still in the learning process, she’s part of a group of youngsters that are helping to spread ICT Education among basic school pupils in the Upper East Region through the support of Norgence IT Solution based in Bolgatanga.