Dr. Bawumia is not the pioneer of digitalization in Ghana – Dr. Clement Apaak 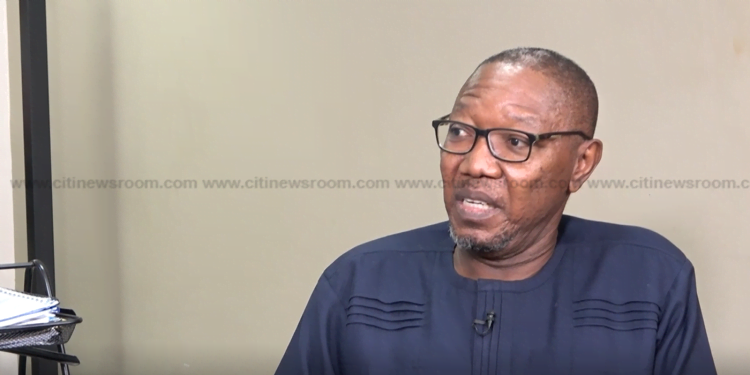 The Member of Parliament for Builsa South, Dr. Clement Apaak has said that digitizing the Ghanaian economy started under the National Democratic Congress (NDC) adding that the New Patriotic Party (NPP) only came to augment and follow a blueprint that had already been laid.

Dr. Clement Apaak speaking on A1 Radio says “first of all let me put on record that Alhaji Dr. Mahamudu Bawumia is not the pioneer of digitalization in Ghana and the records are there to show. Digitizing our systems, our economy, our courts, and our banks started during the NDC era. They only came to augment and follow a blueprint that had already been laid; even including the building of the National Information Technology Agency (NITA).”

Vice-President, Dr.Mahamudu Bawumia speaking at the launch of the E-pharmacy platform on Monday said that he enjoys proving sceptics wrong. This was after recent attacks on him for saying that he will choose the Ghana card over infrastructural projects if he has to.
“In any case, why does he think Ghanaians should not take issue with him when you used such an analogy at the time when we know that roads, their availability, their wholesomeness has a direct impact on the lives of people in terms of the movement of goods and services and even the movement of people. Couldn’t he have chosen another analogy? Then you come and tell Ghanaians in these times of public anger against how you as the economic management team chair has superintended over the decimation of an otherwise progressive economy,” the Builsa South MP added.

He mentioned that the Vice-President should in this time of economic hardship be speaking or making statements that unite rather than making sarcastic analogies.