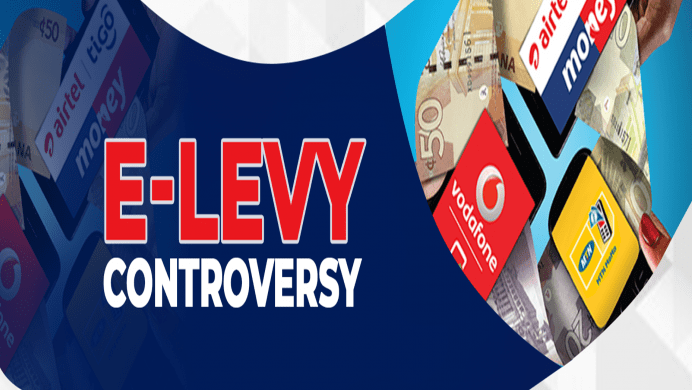 An Economist and a lecturer at the C.K Tedam University of Technology and Applied Sciences, Bismarck Osei, has suggested a restructuring of the Electronic Levy (E-Levy) which was introduced by the government for revenue mobilization.

He made this known during a phone interview on the Day Break Upper East Show on A1 Radio to find out his expectation for the midyear budget review.

Furthering his argument on the need for restructuring, Bismarck noted that the restructuring could be done by reducing the E-Levy charges placed on the transfer of cash from one’s phone.

According to him, people have found a way not to pay the charges by engaging more with merchants. He believes that reducing the current tax component from 1.5% on transactions above GHS 100 in a day to 0.5% or 0.6%.

“… I think with the E-levy, it needs to be restructured. Restructured in the sense that, when you were sending money from your phone you pay but when you go to the vendor, you don’t pay. That’s what was happening. I sent money to my wife and children four times; I went to the merchant three times. I think bringing the thing down to 0.5% or 0.6%. When you are sending from your phone you pay when you are sending from a vendor you pay. Everybody should be able to pay, very cheap…”

According to him, the rushed implementation of the policy resulted in the poor returns on revenue generation.

“I think it should be restructured. Because it was very poorly, it was a very shambolic implementation. That is why they didn’t get the outcome.”

He also stated that, with the YouStart program hanging on the revenue mobilized through E-Levy, the government must consider getting everyone on board in revenue collection.