“You keep doubting me” – President to Ghanaians 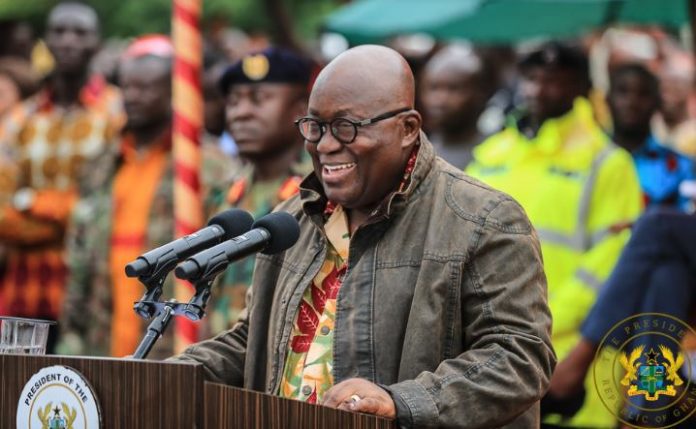 “The commitment once again is clear. People doubted the commitment with the Sunyani [airport]. That is why I was particularly happy going there myself … you keep doubting me.”

The President of Ghana, Nana Addo Danqua Akufo Addo made this statement in relation to the completion and commissioning of the Sunyani Airport. He was speaking on GBC’s URA Radio in an interview monitored by this website.

President Akufo was giving the assurance to Ghanaians that he was committed, along with his government, to deliver on their mandate despite the pessimism by Ghanaians.

Earlier, the President of Ghana, Nana Addo Danquah Akufo Addo said that while land to be used for the Upper East Regional Airport has been identified, the government is yet to secure the land.