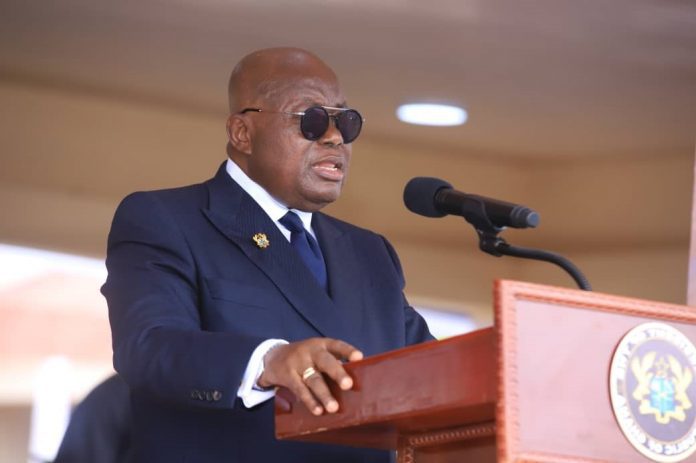 “I will also want to appeal to them [the people of Bawku]. Let us find a solution to this long-standing chieftaincy and other issues in Bawku. The longer that feud continues, the more opportunity it gives for infiltrators to use the feud as a way of penetrating our country.”

President Nana Akufo Addo made this appeal when he spoke on GBC URA Radio today. The President is in the Upper East Region on a day’s working visit.

He continued to say, “we can’t afford for that [an infiltration] to happen.” The President’s comments were made on the back of terrorism threats within the West African sub-region.

“We need the active cooperation of the population for us to make the security response as effective as possible. That is why the National Security Ministry has proposed a campaign; See Something, Say Something which is basically about involving the community, and population in the work of the security agencies.”

The Minister explained that the people in Doba, Kandiga and Bawku must realize that their long-drawn conflicts have not been profitable.

Mr. Yakubu reminded the feuding factions about the many dangers associated with conflicts. He said this when he spoke to A1 Radio’s Mark Smith.

“I always tell people that when conflicts come, we should sit down and talk. That is the only way we can resolve these issues. Sometimes, people think they can kill each other to solve the problems. The Bawku issue [for example] has been going on even before I was born. Fighting with guns has not solved the problems.”