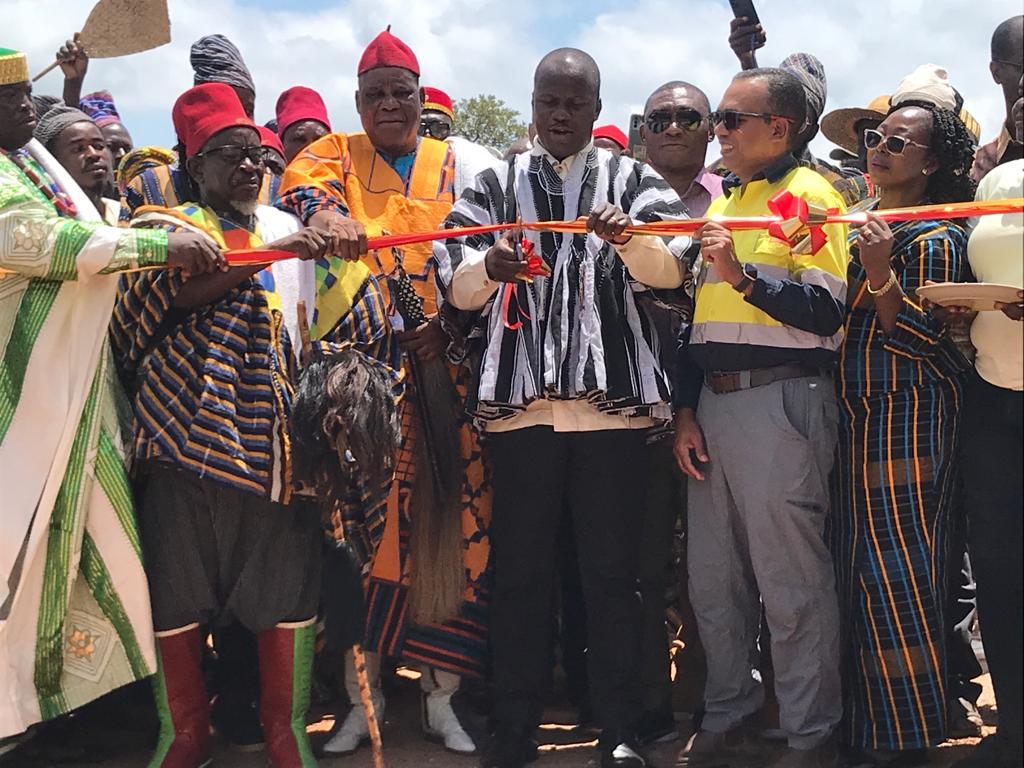 The discovery of gold in large quantity in some parts of the Upper East Region will serve as a catalyst for the development of the region.

This is according to the Minister of Lands and Natural Resources, Samuel Abu Jinapor.

Mr. Jinapor was optimistic that the yet-to-be explored gold in large quantity by Cardinal Namdini Mining Limited in the Talensi district will serve as a game changer in creating jobs and improving the socioeconomic development of the Upper East region and Ghana as a whole.

“On 6th October last year, as part of my working tour to the Upper East Region, I visited the field office of Cardinal Namdini Mining Limited to acquaint myself with the operations of the company and assess the impact of their operations of host companies, particularly Biung and Accra. I was pleased to learn that after several years of exploration, large-scale gold mining activities were going to commence in the Upper East Region. My excitement was as the result of the potential of jobs, this mining operation is going to create jobs for the people of the Upper East Region, its impact on the socioeconomic development of the area and the country at large. I was happy to learn that, even before the first gold is poured, Cardinal Namdini has already factored local content in its employment policy including senior management like the company’s secretary and head of legal who hails from the Upper East Region”

The minister said this during the resettlement project for some residents of the Biung and Accra communities to pave way for a kick-start of large-scale gold mining.

Mr. Jinapor said government was committed to ensuring that companies operate in line with all minerals and mining acts to improve the lives of their operational areas.

Both resettled communities were provided with residential places fitted with kitchens and washrooms, electric power, improved water supply, and sanitation, improved community access roads and social services including schools, places of worship, and healthcare facilities teachers and nurses’ quarters among others. 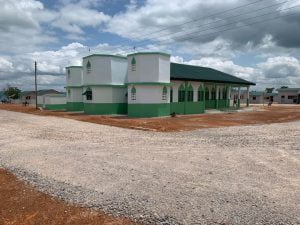 Chief Executive Officer of Cardinal Namdini, Luis Santana said the ongoing partnership between the company and its local stakeholders has also culminated in the construction of a 25km public road from Balungu to the mine at a cost of US$7 Million. 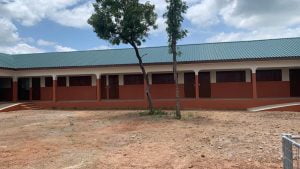 “The completion of the resettlement project paves way for the construction of the Namdini Gold Project, with an estimated gold production of over 1 million oz Au during the first 3 years of operation and an average of 278k oz Au during its 15-year mine life. We are, therefore, encouraging our supportive local stakeholders to continue with their immeasurable support to complete the other phases of the project”, he added.

The CEO assured the government that Cardinal Namdini Mining Limited “will uphold the principles of regulatory compliance, transparency, world-class standard, and will be a responsible developer” in line with government’s quest to promote the socioeconomic development of the northern part of Ghana. 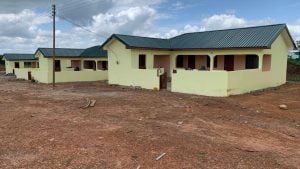 The paramount chief of the Talensi Traditional Area, Tongraan Kugbilsong Nanlebegtang applauded the company for the development it is bringing to the area.

He entreated the beneficiary communities to take good care of the facilities and coexist with the mining company.

The chief of Baare who represented the Tongraan entreated the mining company to consider engaging the youth of the Upper East Region in its operations.