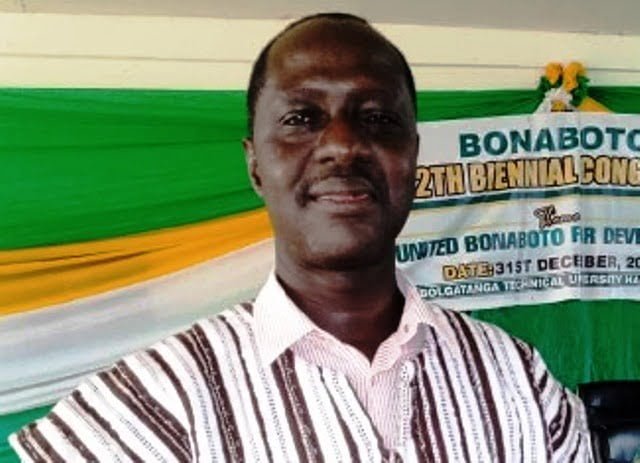 The Bolgatanga, Nangodi, Bongo and Tongo (BONABOTO), an advocacy civil society organisation (CSO) says it has been vindicated by comments about the location of the Upper East Regional Airport by the Regional Minister, Stephen Yakubu.

It would be recalled that the Upper East Regional Minister, Stephen Yakubu, in an exclusive interview with A1 Radio, gave a firm indication that stakeholders have finally settled on having the airport situated at Sumbrungu.

The National President of BONABOTO, Dr. Samuel Atintono said the comments and final allusion that the airport would be located at Sumbrungu is vindication for the group.

It would be recalled that in an earlier interview on March 2, 2022, the group gave a hint that the airport would be located at Sumbrungu.

“From us in BONABOTO, we have been making follow-ups, interacting with people or authorities that are concerned to ensure that we have an airport in the Upper East Region. Sometime in 2020, the chiefs of the BONABOTO area led by the Tongo-Rana went to the Presidency with a number of things, of which the Airport was one of the critical issues that they discussed. We have still been following up on those issues”.

“There were some issues as to where it should be. I think where we are now, we are convinced that it will be in Sumbrungu. [This is] from our informal checks with authorities concerned,” he said.

Speaking on the same platform today, Dr. Atintono said, “if you listen to his [the President’s] communication, he has justified some of the reasons that BONABOTO also said was the reason the Paga Airstrip was not appropriate. You have to fly into the Burkina Faso airspace before you come back. The President has also alluded to that one.”

“It is settled and we know it is going to Sumbrungu,” he said.

It would also be called that the President, Nana Akufo Addo said that while land to be used for the Upper East Regional Airport has been identified, the government is yet to secure the land.

“The original choice [of location] that was when the first Minister for Aviation, who is today’s Sanitation Minister was made was changed by her successor to a site nearer Navrongo. I think nearer Paga.”

The President continued to say that the site at Paga had concerns. This is because the plans would have to use Burkina Faso’s airspace, a situation “that is not acceptable for a domestic airport. Because, even domestic flights would have to go to another country before they come in.”

“So in the end, the site that has been secured was the one that was proposed. The final examination of the feasibility and final decisions have yet not been made.”