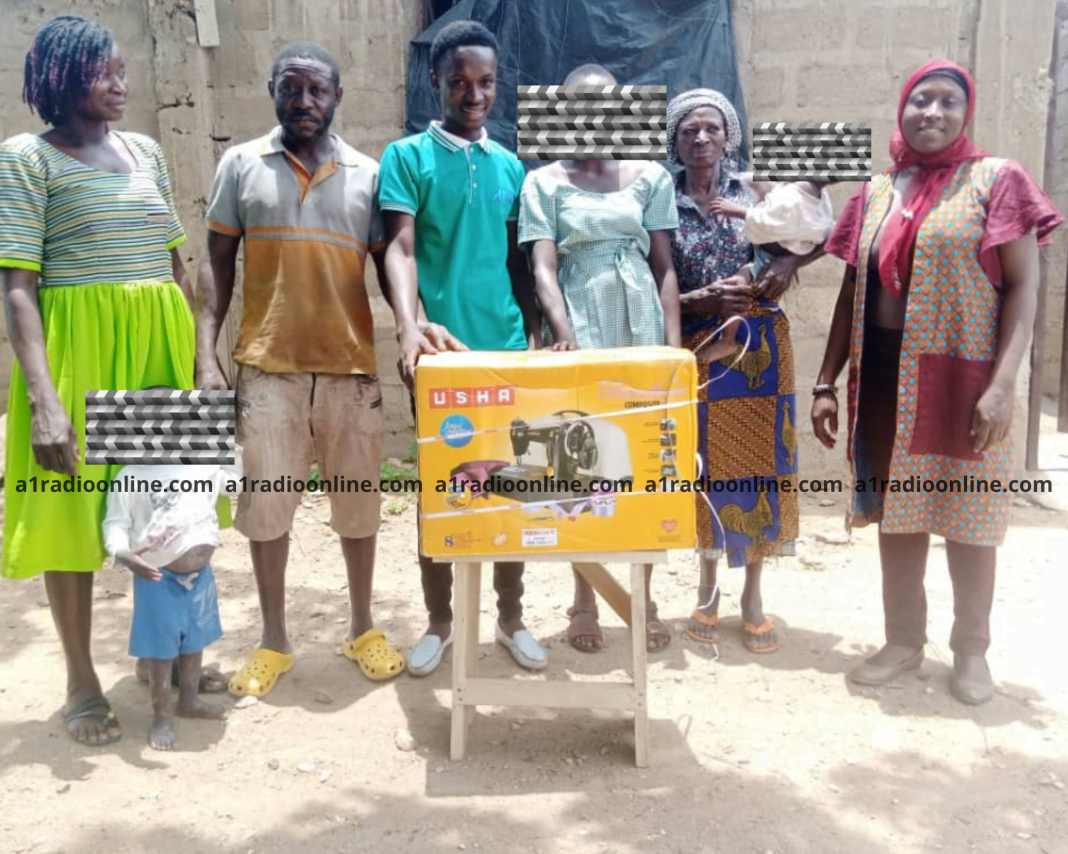 Moses Apiah, a journalist with A1 Radio, a subsidiary of Agreed Best Communication Limited, through his impactful reportage has put smiles on a teenage mother’s face.

The journalist produced a documentary titled “Trapped on the motherhood Web” a story that depicted a 17-year-old girl who, due to peer pressure and the lack of adolescent reproductive sex education, gave birth to two children while still furthering her education.

The girl, according to the journalist, believed education was the only way that she could get relief for herself and her children.

After the story aired, Youth Harvest Foundation, a non-profit supported the young mother with a sewing machine.

Speaking to A1Radio after the donation, the journalist indicated that he will continue to keep providing spotlighting vulnerable individuals in society.

“This is the joy of every journalist; to always see the fragile in society also smile. Yes, it is not easy as a reporter because sometimes the very people that are traumatized often doubt the impact that might come if they voice their challenges to you. But I will continue to dig deep and help the voiceless in society.”

The Project Officer of the Foundation Khadija Hamidu, also pledged that her outfit will keep monitoring the growth of the girl as well as her two children.

“Yes, as an NGO, we will like to see how she improves and her willingness to chart an advocacy role in her community as well as among her peers in school. This sewing machine that she requested is based on the course she’s offering in senior high school and it juxtaposes her commitment level to charting a good path in society.”

“And as an organization, we always want to be part of things like that, as our main objective is to improve the lives of the vulnerable in society especially improving the adolescent’s lives.”

The teenage mother who could not hide her excitement thanked not only the organization for the support but her parents for accepting and enrolling her back in school after her second child.