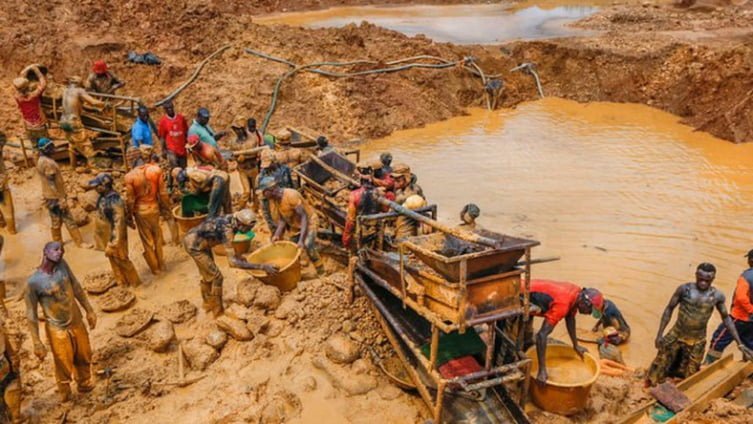 The Ashanti Regional Secretary for the Small Scale Miners Association of Ghana, Adu Gyamfi says politicians in Ghana should be blamed for the unending menace of illegal mining.

Mr. Gyamfi made these comments in relation to the arrest of Aisha Huang, a notorious Chinese illegal miner who was deported in December 2018 by Ghanaian Authorities. That followed the filing of a nolle prosequi to discontinue the trial of Aisha Huang by the state prosecutors.

Aisha returned to Ghana only to engage in the same illegal mining. According to reports, Aisha Huang now Aisha En applied for a Togo visa and went through the borders into Ghana and back to the galamsey business in a town in the Ashanti Region.

Speaking on Day Break Upper East Show on A1Radio today, Mr. Gyamfi expressed his lack of trust for politicians when it comes to the fight against illegal mining.

“When we were given the chance to operate again, things have not been easy because our people have not been given the real opportunity to work. And I have been saying this, talking about small-scale mining, we have not been able to put ourselves to order as a country and that has contributed to our fate as we all witness today.”

“Nana Akufo-Addo during his second inauguration made this emphatic statement that from his own observation, if we can sanitize the small-scale mining sector we need to do away with politicization and for me when it comes to small-scale mining I don’t believe in the politicians.”

According to him, the infiltration of foreigners in small-scale mining is still ongoing although the law does not permit that.

“The infiltration of foreigners is still ongoing but if you look at the law governing small-scale mining, small-scale mining is a no-go area for foreigners but the situation is not like that. Apart from Aisha Huang we still have a lot of Chinese who are practising in this industry.”

He added that the process of acquiring a license is cumbersome and people may not have the patience to go through the entire process. He called for the reformation of the law to make it time friendly for people who want to acquire licenses for small-scale mining.

“The system has been so difficult that it discourages people to move through that process. So people will feel rather comfortable going through the galamsey way rather than exhausting all this process to acquire licensing. We need to sit down and streamlined the small-scale mining industry in such a way that the local people where these operations are done are given the core mandate for monitoring and supervision.”