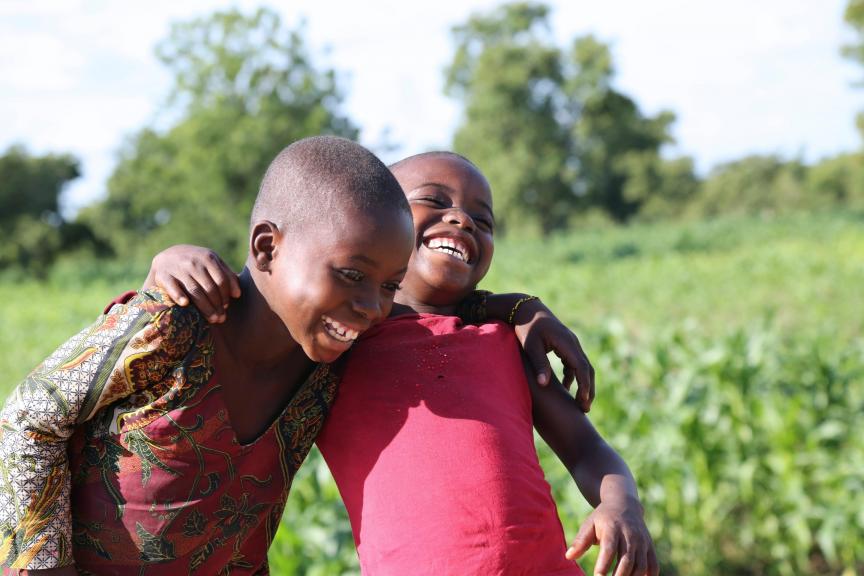 Afrikids is a non-profit organization based in the Upper East Region that advocates for children’s rights throughout Northern Ghana.

This year, Afrikids celebrates 20 years of making a difference in the lives of many men, women, and children in the country’s northern half. The story of Afrikids is inspiring.

20 years ago, in dusty remote villages of northern Ghana, 1 in every 6 children were dying before their 5th birthday. When a British backpacker asked what she could do to help, the reply was simple: listen to local people and empower them to deliver their own ideas for change.

With this simple goal, a new charity was born; to support local heroes already working hard to support vulnerable children in their communities, to hopefully do a little more.

Today, AfriKids celebrates its 20th birthday, and so much more. With a little support, those local heroes proved they had solutions to some of the toughest challenges children can face. They rescued children from child mining, sexual exploitation, living on the streets and saved the lives of so-called “spirit children”. They built schools, children’s homes and health clinics. They helped women lift themselves out of poverty. Year on year, their work has evolved and grown to overcome adversity and fight for more children to survive and thrive.

Today 1 in 16 children die before their 5th birthday. Change is happening, but we still have much to do. With two decades of experience, we are now achieving change faster than ever before. It took us 10 years to end harmful practices against “spirit children” in the first 7 communities we worked with. In 2021, we celebrated this being achieved with 40 communities in 3 years. With your support, we can do so much more over the next 20 years and help Ghana become a beacon for child rights within our lifetime.

“Afrikids, when it was commissioned or started in 1992, little did people know or believe that this organisation has come to stay. I’m sure we’ve all seen young, enthusiastic white boys and girls come around to do some temporary thing, they jump out, and then the things die there. People saw what we were doing then to be similar to the things that were happening.”

“We have proved that this organisation can survive beyond 20 years. We thank God that we are here. It is not just about the period but also, we have remarkable achievements,” David Pwalua, the Country Director for Afrikids said when he spoke to the media on the sidelines of the launch of the 20th Anniversary of Afrikids.

At the launch of the 20th-anniversary celebration, the Paramount Chief of the Sirigu Traditional Area in the Upper East Region, Naba Atogumdeya Roland Akwara III told a pleasurable love story; the relationship between the people of Sirigu and Afrikids.

“In 2005 when they were about to officially launch Afrikids, we were having land litigation. It was a problem for us to accept Afrikids to be built. But with the intervention of my father, realising that if the structure is put up in Sirigu, it is going to open up the community. The case went to court and my father, at the time, had to go and meet the judge personally and explain matters to him that yes, the case is before the laws of the country but at least, Afrikids is not part of the litigants so can you please grant us the opportunity to be building while the case is ongoing in court.”

The judge agreed with the pleas of the chief and while the litigation continues to this day, Afrikids has still managed to find a permanent home in Sirigu.

“We are happy that the Afrikids structure started in Sirigu. We have had a lot of benefits from Afrikids.”

The Paramount Chief of the Sirigu Traditional Area in the Upper East Region, Naba Atogumdeya Roland Akwara III talks proudly about the changes that the community has made with support from Afrikids.

“Our tradition allows us to circumcise our women. We didn’t know that it was affecting our women. We were doing it as one of our customs. When Afrikids was established in Sirigu, they took those who were doing it through a lot of training and we realised that no, it is not good for us to cut the most sweetable part of the women. I can beat my chest to say that Female Genital Mutilation (FGM) is a thing of the past in Sirigu.”

For the Paramount Chief of the Sirigu Traditional Area, Naba Atogumdeya Roland Akwara III Afrikids’ impact goes beyond causing an end to FGM.

“When you are from Kandiga entering Sirigu, there’s a hill before you enter the heart of Sirigu. That is where we used to keep those children that we used to call dwarfs. When the child is born with certain challenges, within two or three months, we think that the child is making the whole community or that family, not progress.”

“What we used to do is to take the child to the hill and put big stones on the child and leave for the child to die. With the intervention of Afrikids, that is no longer than.”

The 1 Million Smiles Strategy aims at making Ghana a beacon for child rights. It’s a 5-year strategy for Afrikids.

The strategy identifies the most significant challenges children face and explains contributions to be able to better the situation. According to Daniel Kpabitey, the Monitoring, Evaluation and Learning Officer of Afrikids, the new strategy is also based on research and consultation on past and future work.

An estimated amount of Ghc75 million Ghana cedis is needed to fund the new strategy.

There’re still dark clouds but the future is bright

“When our motive starts changing; the health of our children, the safety of our children will improve. We still have girls being raped on their way to school and all that. It doesn’t bode well for us in the 21st Century. If we are able to get all the resources, we are confident that our children would thrive. They would live in an environment that is quite supportive and we will have a great future.”

David Pwalua, the Country Director for Afrikids said when he spoke to the media.