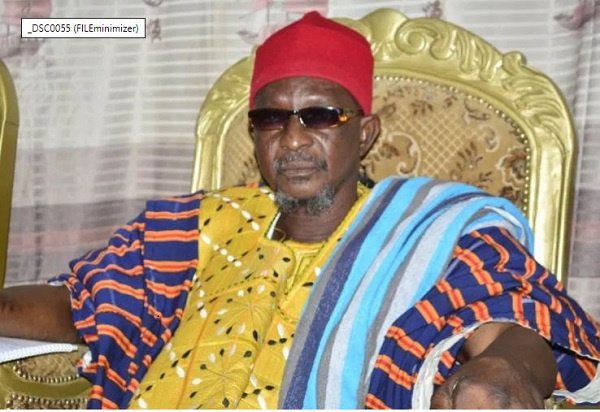 The Paramount Chief of Bongo Traditional Area, Naba Baba Salifu Aleemyarum has expressed some grave concerns about the rising cases of teenage pregnancies in his area.

Naba Salifu Aleemyarum told A1 Radio’s Mark Smith at his Bongo residence that some teenagers have had to engage in transactional sex to be able to meet some of their fundamental necessities.

In the coming years, there may be serious security problems if the area’s economic hardship and the rising birthrate are not addressed.

“If we talk about being poor and the rate of birth is going higher, the you can imagine what will happen in the near future. In the next 10 years, the palce would be crowded and the lack of feeding could bring war [disturbance of public peace].”

“The children would grow up to be wayward children and wayward children would mean [they could be] armed robbers and thieves and all that. So that is also a challenge. I think having to deal with teenage pregnancy is important. We have to see what we can do to support the girl-child, encourage them to go to school and also get them to have their handiwork,” he said.