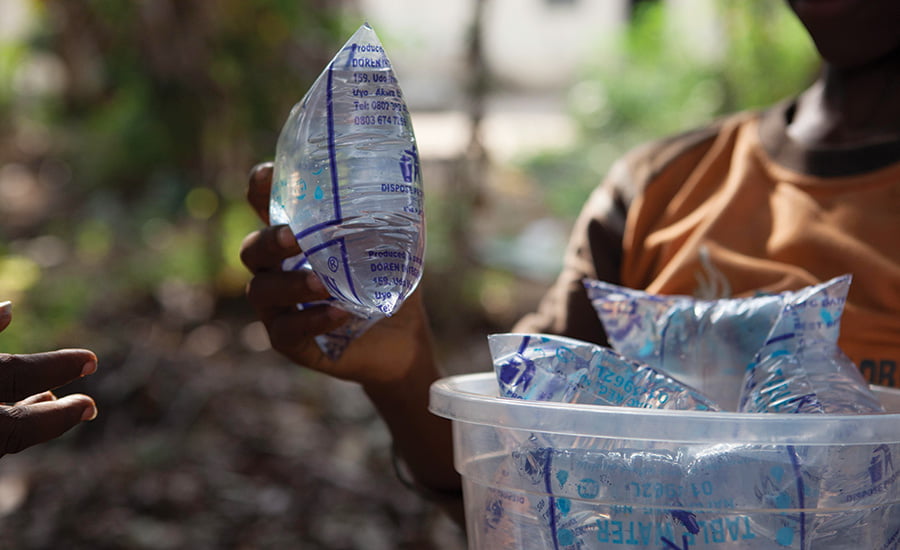 The association explains that the increment is due to the continuous increase in input costs due to the “free fall of the Ghana cedi against the major international currencies.”

The Ghana Plastic Manufacturers Association (GPMA) released new prices of plastic films and preforms used in sachet and bottled water packaging. On the 24th October, 2022, ton of sachet film was increased from GH¢25, 000.00 to GH¢36, 000.00 representing a 44% rise, same on preforms”.

“Diesel fuel price is about GH¢20.00 per litre at the pumps as at Wednesday 26th October. This means producers’ working capital has dwindled by about 45% within seven days since the NEC issued the distress call to the government,” parts of the statement read.

In the Upper East Region, while the single sachet of water was to be retailed between between 0.40 peswas and 0.50 peswas, the bag would be sold at Ghc8 per bag by the producer and from Ghc9 for retailers.

This, according to the Public Affairs Manager of the Water Producer Association, Humul Khusum Tahiru, was because of the Association’s recognition of the financial situation in the region.

Madam Tahiru however insisted that the producers could no longer continue to bear the increasing prices of products used to produce water.

“You would appreciate the fact that everything has gone up and so what we need as sachet water producers has gone up. Our main products that we use to produce the water is the roll, the packing bags and the raw material is water. Some producers use water from the Ghana Water Company Limited and we all know that utility tariffs have gone up. Some people use boreholes and borehole water has to be treated. You would need electricity to do that. Electricity tariffs have gone up.”

The Regional Secretary, Moses Nsoh said this when he spoke on A1 Radio’s Day Break Upper East Show.

“For now, we are aware of some companies who are pulling our legs down. We have some companies who we respect so much and should have given us that kind of respect by going with the price that the association has given but then, they have decided to go below the agreed price. Some are still selling for below Ghc5. It has a serious effect on the industry. Most of us would have to fall back [on the price] because I cannot wait for you to come and take over my customers. At the end of the day, you will see everybody falling back to Ghc5.”

“We all know the effect of that. [It’s] either we compromise the quality of water we are producing for consumers or illegally, others may be going into other things. We know that we use water, electricity and we use other products and so others would think, once they are cutting their price and they are not able to meet the cost of materials, let me look for a different option,” he said.

Because of the threat of illegality that some producers may engage in to meet production costs, the Association called on utility providers to constantly monitor all producers in the region and prevent unsanctioned use of water and electricity.

The Association is however working on strategies to deal with the recalcitrant operators.