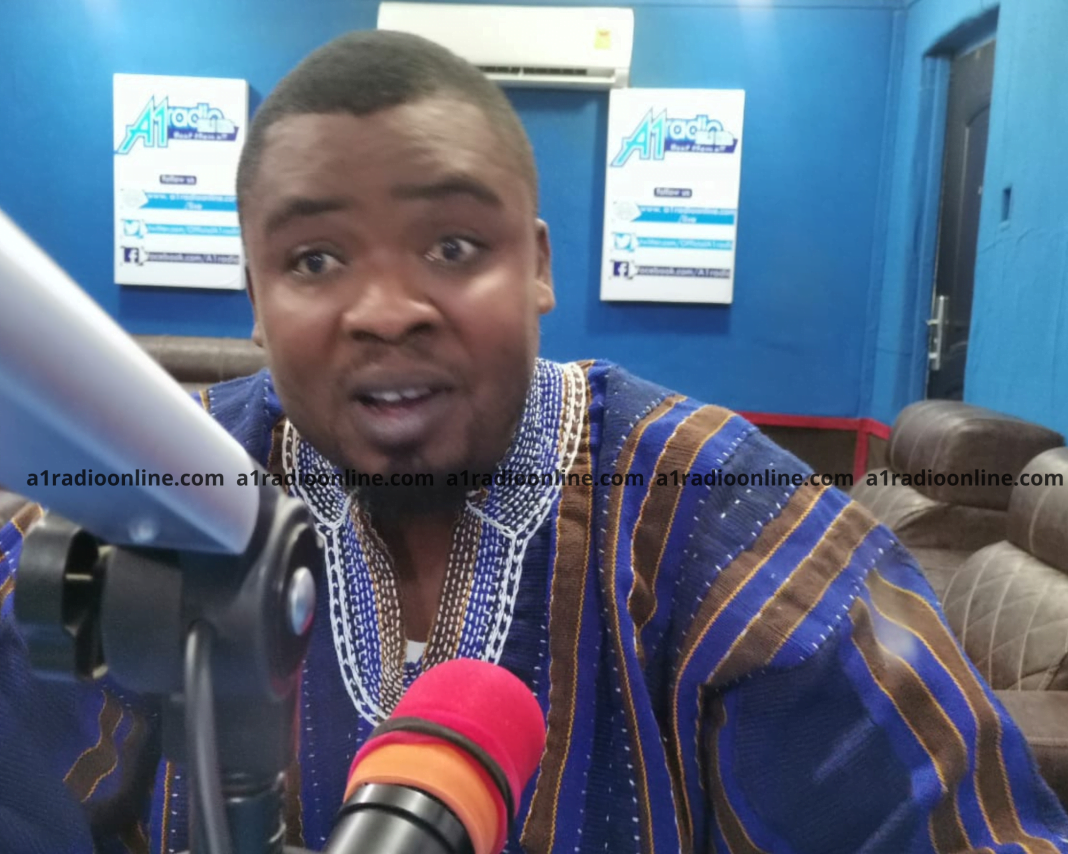 A staunch member of the New Patriotic Party (NPP), Mathew Silas Amoah has given a strong word of advice to the Member of Parliament for the Bolgatanga East Constituency to do the honourable thing by stepping aside for the dynamic youth of NPP to lead the constituents in parliament.

Dr. Dominic Akuritinga Ayine was elected in the 2012 general election, being the first MP for the Bolgatanga East constituency. But Mr. Amoah believes the MP who is serving 3 terms is ageing and cannot perform his duties as expected.

And therefore, Mr. Amoah wants Dr. Ayine to retire as MP to pave way for the vibrant youth in the NPP to continue where he left off.

“My dad is getting older. This time, he should relax and cool off for the younger ones to also take off. If not, they are preventing us because they say they are giving birth for us to help them when they are stressed out. We are from the same family and I don’t want a disgrace to get to the family. So, it will be good for him to step aside“, Mr. Amoah cautioned.

The benevolent member of the NPP who admitted that Dr. Dominic Ayine has done a lot for the people of Bolgatanga East Constituency added that it was about time the NPP take over the affairs of the constituency in parliament.

“He’s done a lot for 12 years and it’s enough for him to rest. Nobody can sit here and say, my father, the MP, has done nothing. But he is tired”, Mr. Amoah emphasized.

The NPP stalwart who doubles as a businessman and contractor was speaking on A1 Radio’s Day Break Upper East show. He was optimistic that “in 2024, whoever comes out from the NPP party will take the seat from the NDC.”

Ahead of primaries to elect parliamentary candidates for the NPP, campaign posters of the philanthropist have emerged on social media which indicates that he is the alternative for the party in the area. But Mathew Silas Amoah denied sponsoring the campaign posters.

“It is not my stand to declare. I believe in hard work and if my party feels I have worked hard for it in my small way and they call for it, I will gladly accept. People designed posters and flyers about me and you ask, where from this? But that is the call from the people”.

Regardless of who emerges as the parliamentary candidate for the NPP in the Bolgatanga East constituency, Mr. Amoah believes the person will win the next parliamentary election and increase the vote margin of the party due to the many pro-poor programs and policies the Nana Addo government is implementing in the country, of which Bolga East is a beneficiary.