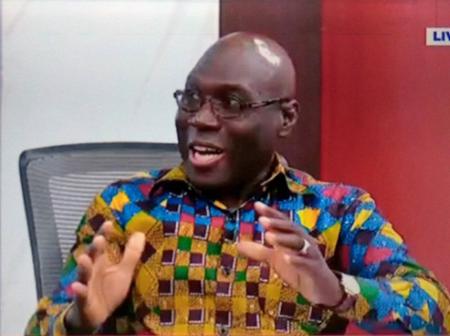 Former Member of Parliament for Tamale Central in Ghana’s Northern Region, Inusah Fuseini, is urging NDC supporters, particularly those who are unhappy with the changes in the leadership of the Minority Caucus in Parliament, to exercise restraint, accept the decisions made, and support the new leadership.

The NDC replaced the current Minority Leader, Haruna Iddrisu, with the Ranking Member on the Finance Committee, Dr Cassiel Ato Forson, who is also the Member of Parliament (MP) for Ajumako-Enyan-Esiam.

The National Chairman of the National Democratic Congress (NDC), Johnson Asiedu Nketiah, explained that the changes made in the leadership of the Minority Caucus in Parliament form part of the reorganisation of the party ahead of the 2024 elections.

“We are making the changes as part of the reorganisation of the party ahead of the 2024 general election, which started from the branches then came to the national and now in Parliament and will be concluded with the party’s presidential and parliamentary primaries,” he said.

Mr Nketiah was speaking to the Daily Graphic Tuesday (Jan 24, 2023) to flesh out changes the party has effected in the leadership of its Parliamentary caucus ahead of the commencement of the Third Session of the Eighth Parliament on February 7, 2023.

When the former MP, Inusah Fuseini, shared his thoughts on the issue, he stressed that the positions should not be personalised.

“I’m worried. I’m worried because when we begin behaving this way, we are invariably personalising the office. The office is not personal to an individual. Cletus Avoka, MP for Zebila was once upon a time, a Majority Leader. When he came back to Parliament, the 8th Parliament, he didn’t demand seniority. He didn’t demand that he was a Majority Leader and so he be made a Minority Leader. He is sitting behind the current crop of leaders. Rashid Pelpuo, was a Deputy Whip to Doe Adjaho in the 5th Parliament. He is sitting behind the leaders. When people say they don’t agree with the decision and the decision has already been made, and they suggest a reversal of the decision, if there is a reversal of the decision … can there even be a reversal [of the decision]? Those who have been nominated are in constituencies and regions as well. What do you think they would say?”