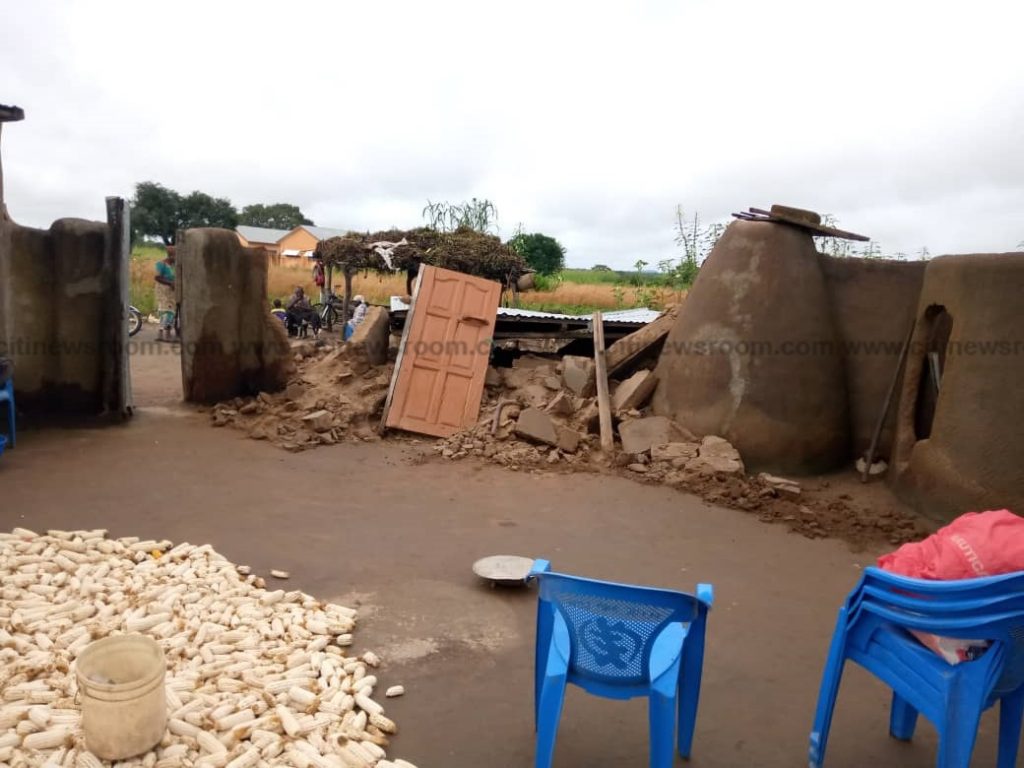 2 people have, in the past few days, died as a result of the rainstorms that have occurred across the Upper East Region. The deaths were recorded in the Bawku West and Tempane Districts.

When the Upper East Regional Director of the National Disaster Management Organization (NADMO), Jerry Asamani spoke on A1 Radio’s Day Break Upper East Show, he disclosed that a 40-year-old man, name unknown, during a rainstorm sought to remove his sheep which was tied under a shea tree. In the process, a branch of the tree broke and crushed him to death. Mr. Asamani added that it was not until late that night when the wife of the man went out to look for him that they realized he was dead under the branch of the tree. This happened in the Tempane District.

The other person who died was a child aged 6 who was escaping from a church that was being destroyed by the rainstorm in the Bawku West District.

3 more people were injured in that particular incident with one being incapacitated.

“There were lightning strikes [that also hit people] in Tempane. The affected persons were rushed to the hospital. They were treated and discharged. As for Bolgatanga Municipal, we have also had our share. Personal homes and schools in Yorogo and Sumbrungu. My own hometown, Pusiga, has not been spared. A school has been ripped off. Houses and market sheds have also been affected,” he said.

Mr. Asamani noted that NADMO is currently embarking on data collection in the affected areas. This he said would allow NADMO to offer adequate relief materials to the affected persons. He called for calm as the organisation readies itself for the relief distribution exercise.