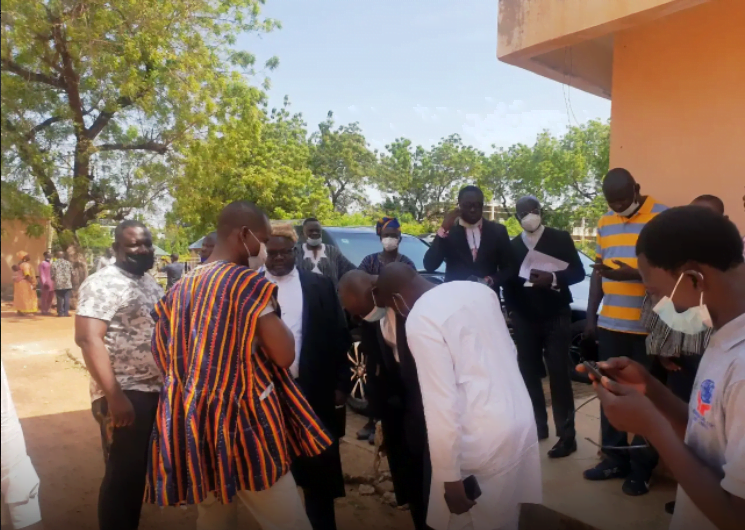 The Electoral Commission (EC) of Ghana is at the Court of Appeal, contesting a decision by the Bolgatanga High Court. It would be recalled that the EC was directed by a Bolgatanga High Court to mount the witness box in the ongoing contentious Pusiga seat in the Upper East Region.

The New Patriotic Party (NPP) headed to court after the 2020 general election citing some irregularities at some polling stations in the Pusiga Constituency that led to Hajia Lardi Ayamba of the National Democratic Congress (NDC), winning the seat.

The winning difference between both parties was 63 votes with over 1600 rejected ballots.

The Petitioner who is the Parliamentary Candidate of the NPP in the 2020 general election, Abdul Karim Zanni Dubiure sought a declaratory judgment that the EC erred when it declared Laadi Ayi Ayamba elected Member of Parliament for Pusiga Constituency and an order annulling the results of five polling stations.

Speaking on A1 Radio’s Day Break Upper East Show, a lawyer for the petitioner, Anthony Namoo explained that the petitioner currently awaits the decision of the Court of Appeal. This would determine whether the EC would be asked to follow the directive of the Bolgatanga High Court or whether that decision would be quashed.

“After the petitioner had closed his case, the NDC made a submission that they would not want to open their defence because they thought that the judge could go ahead and give his decision and the Electoral Commission also followed suit. The judge gave the ruling to the effect that, there were certain infractions that were identified; so even if the NDC has elected not to give any evidence, the Electoral Commission should”.