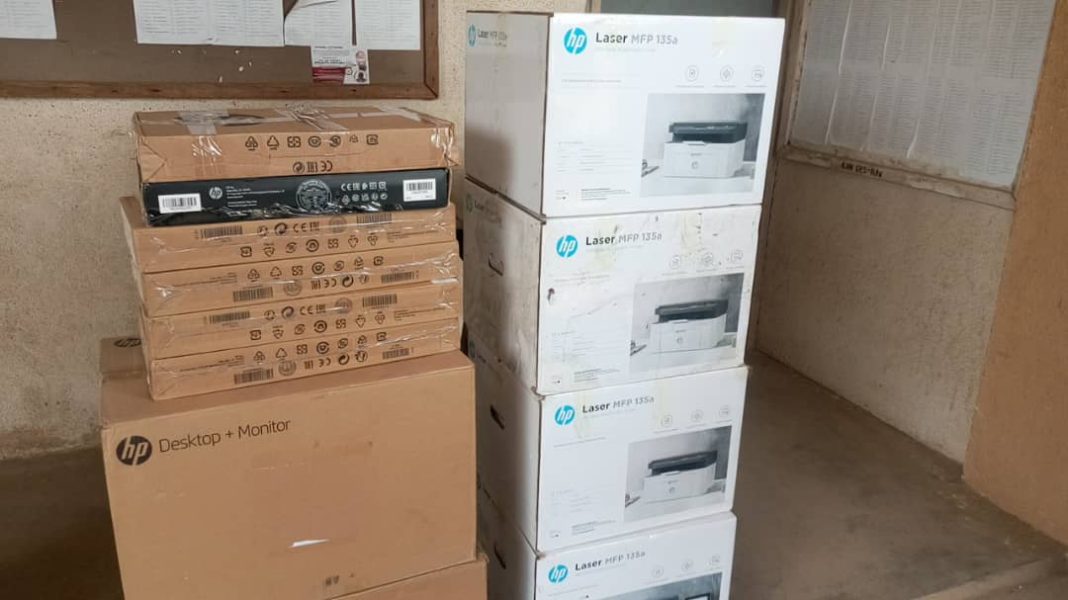 The initiative, he says, is to improve the output of workers as well as strengthen the educational system in the area.

He said, “ we need to bridge that gap between the private and public sector. Yes, resources will not always be there, but I see it as a task for myself. I took a tour of the directorate, I realized that there were no printers for printing important documents. Not even a single desktop computer. So I said to myself, this must be changed. So, here I am today to give you six HP laptops, two desktop computers and four printers.” 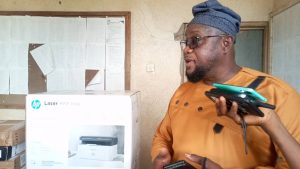 He called on the teachers in the area to use the same energy he has used to provide them with the needed tools to impact the same to the pupils and students in the area.

The Municipal Education Director, Madam Ellen Abeere-nige who received the items, thanked the MP for the effort and pledged to use them for the purpose.