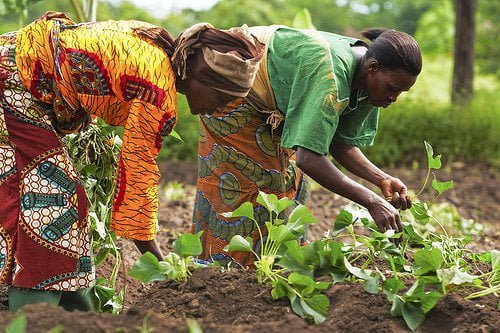 Emmanuel Wullingdool, an Agriculture Policy Consultant has described Ghana’s agricultural growth and development as undulating. He explained that while there have been some huge success stories over the past few decades, the country has had some very low points in its agricultural journey as well.

Speaking on A1 Radio’s Day Break Upper East Show, Mr. Wullingdool explained that sometime in 1972, under the leadership of General Kutu Acheampong, Ghana did not import any rice. This was because farmers in the country were able to produce enough for local subsistence. The agriculture sector also grew exponentially then.

While successive governments have all contributed to shaping national policy and have added to the total development of agriculture, the total political commitment toward sustained growth of the sector is lacking. This is according to Mr. Wullingdool.

“Over the years, if you do a kind of tracking, the growth trajectory has not been stable. In Acheampong’s era, if you look at statistics on rice importation in Ghana in 1972, you would notice that rice importation was zero. Ghana did not import a grain of rice from outside Ghana because the country was sufficient in rice production. Then you fast forward to today, you will notice that we have imported rice into the country to the tune of over Ghc1 billion. One will ask, what happened?”

“At a point, we were sufficient, now here we are, importing rice. The Ministry now says that by 2023, that is just next year, we should be sufficient in rice production. Using that as an example, I will just say that over the years, we have just not been consistent in the growth or development of the agricultural sector,” he explained.

Mr. Wullingdool blamed that situation on the lack of political commitment by successive governments.

“Governments would find a way out to do anything that they want to do. Every policy that the government is implementing in Ghana today, whether you are talking about Free SHS or any of the other policies, you will government’s level of commitment.”

“You see, I talk about commitment. There is one thing where the government makes allocations and there is another thing making disbursements. Beyond the allocations made in certain areas, you do not see the corresponding disbursements made. So I will place the blame squarely at the level of disbursement,” he said.

While admitting that there are scarce resources, Mr. Wullingdool encouraged the government to make surgically targeted investments in the area of agriculture to ensure sustained growth.

He explained that these targeted investments can be made in the area of specific crop development and location-specific investments.