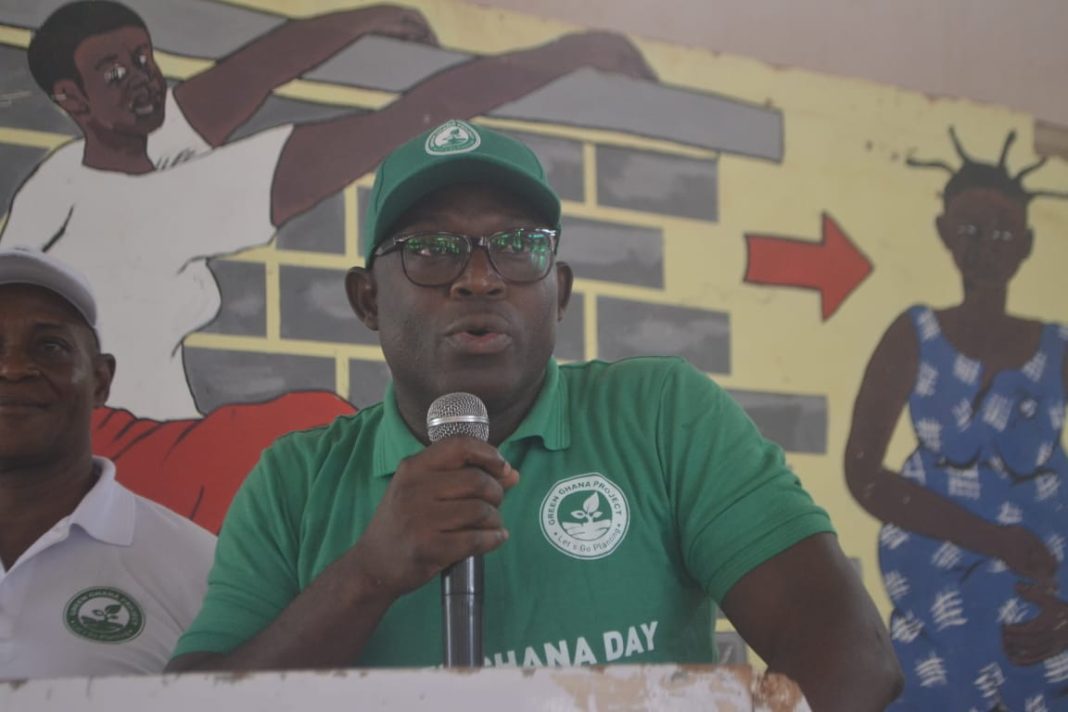 The Deputy Chief Executive of the Forestry Commission of Ghana, Nyadia Sulemana Nelson has encouraged indigents to see tree planting as their way of life.

The Deputy CEO who was on a visit to the Upper East Region as part of the Green Ghana Day noted that residents should go beyond the government’s initiative and embrace the culture of tree planting to save their region.

He said “if we look around us, especially we those in the Upper Regions; we will realize that the seasons we usually plant our crops have shifted a bit. Now, we plant our crops somewhere from June onwards instead of April and May in those days. And all of this is as a result of [the fact that], we are losing our forest cover to desertification.

“And I don’t think we are happy with these changes. So, let us wake up, let us see the initiative as a stepping stone and a weapon to fighting this canker called desertification,” he said.

The theme for this year’s Green Ghana was “Mobilizing for a greener future”. In the Upper East Region, the ceremonial planting was held in the Bolgatanga Girls Senior High School with the target of 650,000 trees to be planted across the region as compared to last year’s target of 170,000.

Touching on some of the bedevilling factors impeding the agenda, Mr. Sulemana noted that such factors should rather encourage the residents to plant more trees.

“We all know that here; factors such as the intense weather conditions, uncontrollable grazing of animals and bush fires play a role when it comes to the survival of trees. But I want to tell you to see these factors as an encouragement to do more. And I will also charge the various Municipal and District Chief executives to do their best and activate the by-laws to address uncontrollable grazing of animals and bushfires.”

Meanwhile, the Upper East Regional Manager of the Forestry Commission, Emmanuel Yeboah assured residents that his outfit has enough seedlings for planting.

He added that at their various offices in the region interested persons or organizations can varieties of tree species for free.