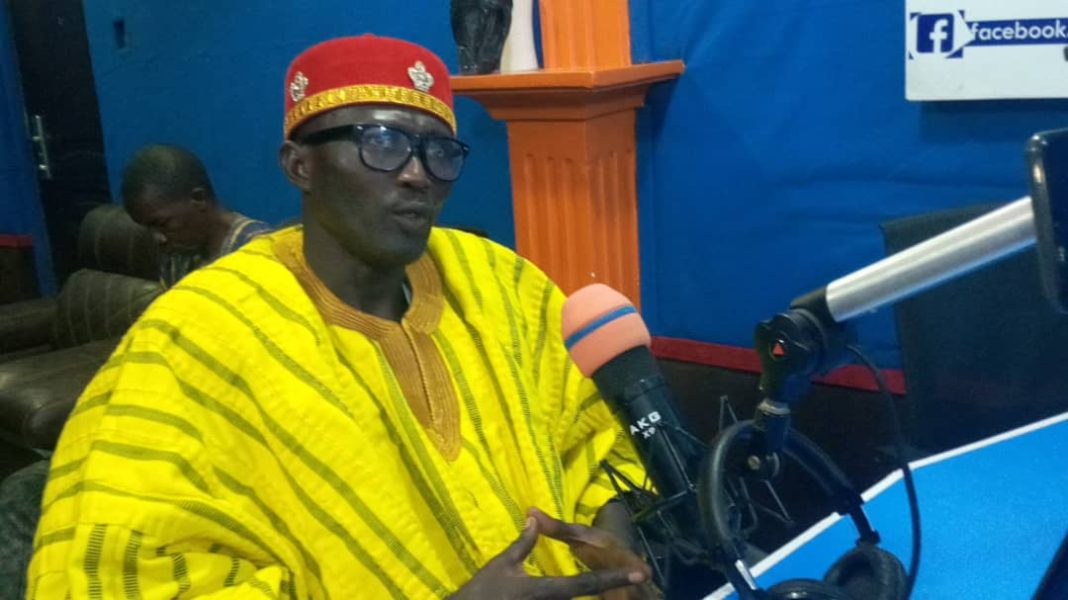 The Overlord of the Buru-Navio Traditional Area, Navio Pio Pe Adams Kwarase Asongojem Parijei Adurigola II has expressed worry about the posture of the District Chief Executive, Gerald Ataogye towards the rehabilitation of the collapsed steel bridge in the area.

It could be recalled that three months ago, the steel bridge, in the area, collapsed after a heavy-duty articulated truck loaded with illegal rosewood used it. Ever since, commuters and residents of the area have found it difficult to cross to other neighbouring communities for business activities.

But speaking in an exclusive interview with A1 Radio’s Daybreak Upper East Show, the Overlord noted that the posture of the DCE indicates the Assembly’s unwillingness towards working on the bridge.

He said, “the day of the incident, people from the Assembly came including the DCE to have first-hand information and also to see how collaboratively we can work on the bridge. All of them came and greeted me, but the DCE turned his face somewhere without even saying hi or hello. I was there with my elders. He (DCE) failed to greet me despite the crowd that was present on that day.”

“Ever since, he will pass by my palace with people to the place, and will not even come to seek my input. The word respect is not there, and remember; the bridge is a shrine, and we need collaborative efforts to work on it. So, if you think you are punishing my people because you are a DCE, well, you are rather doing yourselves because, assuming that there is a fire outbreak or robbery attack, especially by these Jihadists; the police or fire service cannot cross.”

He stressed that politicians especially the appointed ones, should all-times learn how to collaborate with the traditional leaders to realize development in various communities.

“I must say that some politicians don’t know how to talk to chiefs, they don’t respect chiefs because they have the notion, that they hold the power. Yes, it is true but remember power without bringing positive change to society is no power.”

“And again, some politicians always say that Northerners only follow one political party. But for me as a chief, I respect those who respect me. Those who can help my community in times of trouble are the ones I pay respect to. So, whether you are rich or you hold a higher position, remember that one day, you will not be there again,” he said.

He called on the government to see the challenging times of the residents and commuters and go to their aid.