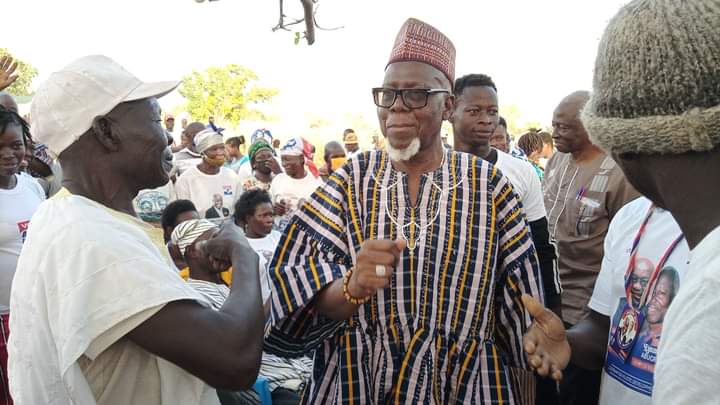 A Former Upper East Regional Minister and as well as Former Minister of State at the Presidency, Rockson Bukari has advised Ghanaian youth to take their destiny into their own hands for a better future for the country.

Speaking in an exclusive interview with Mark Kwasi Ahumah Smith, host of Daybreak Upper East Show at residence Mr. Bukari said, it will not help in the development of Ghana as well as the brightness of the future of the country if the youth find themselves going on rampage causing mayhem in the name of demonstrations.

According to the Former Minister, it is important for the Youth of Ghana to take the well-being of the country serious and avoid behaviours that can not help the growth of the nation.

He encouraged young people to deploy rather innovative ways of registering their displeasure at the government.

Mr. Bukari also noted the importance for the elderly people in the country to always be ready to give support to the Youth by way of prayers in order for the almighty to bless and direct them.

“It is a constitutional right to demonstrate but they should not take things into their own hands and break their eggs like that. We are going, but the country belongs to them. Should they continue this way, where are we going? So I am pleading with them they should have one mouth and hold their destiny in their own hands.”

His statement comes on the backdrop of the two-day demonstration organized by a group known as ‘Arise Ghana’. The demonstration started on Tuesday, June 28, 2022, but turned violent after disagreements between organizers of the demonstration and the Ghana Police service over routes the group will take from their converging point. Some police vehicles were allegedly destroyed in the process and some officers sustained physical injuries.