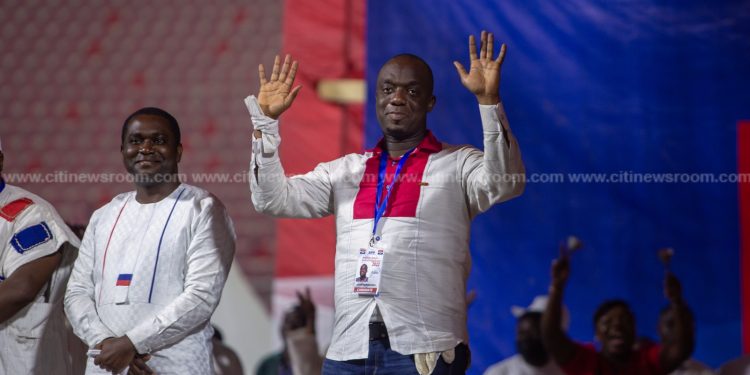 The Chief Executive Officer of the Youth Employment Agency (YEA), Justin Frimpong Kodua has defeated incumbent General Secretary of the New Patriotic Party to emerge as the new chief scribe for the governing party.

Mr. Kodua was elected to the position during the NPP’s National Delegates Conference held at the Accra Sports Stadium.

John Boadu has been serving in such position since he was appointed as acting General Secretary in 2015 and later elected as a substantive scribe for the NPP.