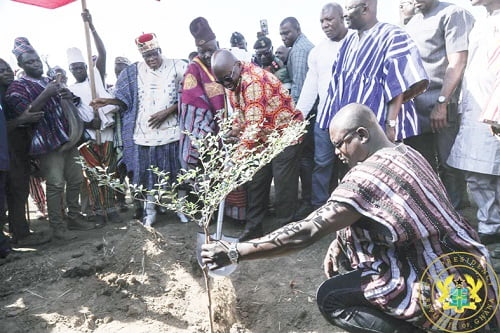 The President of Ghana, Nana Akufo-Addo is expected in the Upper East Region on August 4, 2022.

This is according to the Regional Director of Communications, Peter Ayimbinsa. He said this when he spoke on A1 Radio’s Day Break Upper East Show today, August 1, 2022.

“The President has resumed his regular regional tours to interact with people of various districts and regions and to see firsthand, what is happening on the ground. A lot of work has taken place since the 2020 elections. Fortunately, in the Upper East Region, the President has programmed to be here on the 4th of August if nothing changes.”

The President’s visit comes at a time when many have raised concerns about the progress of work on the Pwalugu Multi-purpose Dam along with the Rock Estates affordable housing project in Pusu-Namoo.

Also, in an earlier interview, the Deputy Minister for Works and Housing and MP for Binduri, Abdulai Abanga suggested that the government’s commitment to completing the Rock Estates affordable housing project is unwavering.

“It [the project] will happen. I had a discussion with the Managing Director for State Housing Company. He has assured me that the intention and the plan for that estate are still on course. What they are trying to do is to put their marketing plans well so that when they finish doing that construction, they will have enough buyers to take those houses.”