We’re glad Mamprugu community accepted us; medals were won on their behalf – Father of unicyclist speaks to A1 Radio 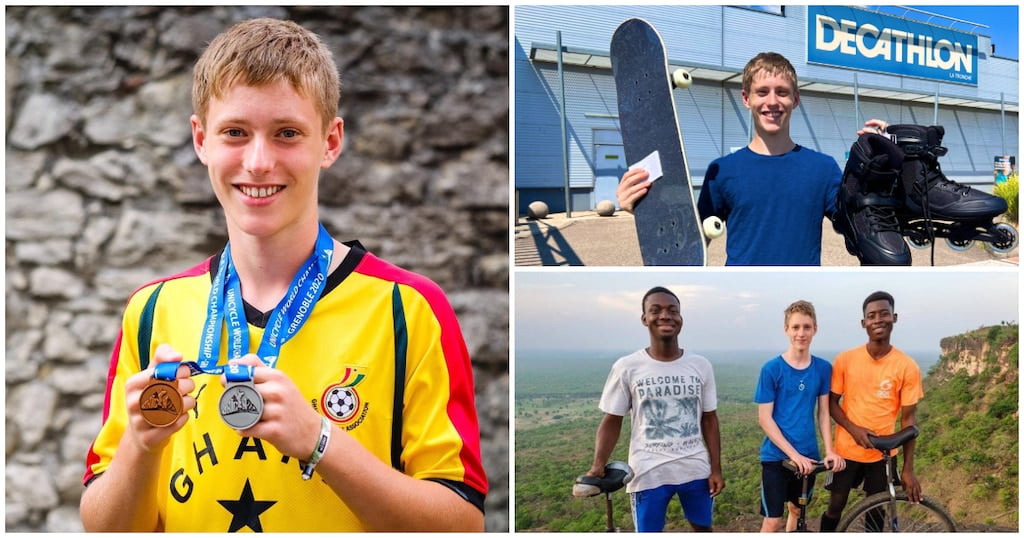 “As a member of this community here in Nalerigu; to have our community accept us, we are so excited that we did this on their behalf. It was a real joy.”

Mr. Haun, a proud father continued to say, “we were so excited, even surprised to see him succeed in that way. As a father, of course, I am very proud of him. We trained very hard for this competition.”

Mr. Haun, a freelance photographer and “a historic buff” first visited Ghana with his wife, then a medical student, in 2007.

“We came back over subsequent years for short visits. My son was a very small boy at the time. Then in 2014, so 8 years ago, we settled here permanently,” he added.

Mr. Haun’s wife is a surgeon attached to the Baptist Mission Centre. “That is our life. [We are] working here with the people, serving the region,” the freelance photographer said.

Mr. Haun said his life in Ghana has been pleasurable. As part of moves to assimilate and become a part of the community, the Haun family relied on community members to quickly learn Mumpruli, a language he is now fluent in as seen in a recent video.

“By doing that [learning the language], we were able to better integrate into the community and make friends not only in Nalerigu but all the surrounding villages. As a foreigner in a new place, that is one thing you need to do. By learning the language, you also learn the culture and tradition.”

It would be recalled that Roger Haun recently won 2 medals at a unicycling competition. On his return, Mr. Haun was given a heroic welcome. Roger, was even given the Mamprusi name “Manboora” by Na Bohagu, the King of the Mamprugu Kingdom himself.