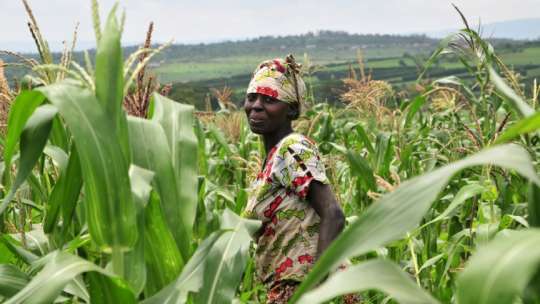 Prices of agrochemicals have also seen drastic increases within the few months.

Some commercial farmers in the Upper East Region have begun counting their losses due to the high cost of farm inputs.

The situation has been worsened by the erratic rainfalls this year.

The Upper East Regional Chairman of the Network of Commercial Farmers, Richard Akoka who spoke to our reporter Moses Apiah explained that the situation would have a direct on food security.

“Let me tell you that a lot of my members did not farm this year. Even those that farmed,  could not afford fertilizers for their crops. So, my brother, food insecurity is not far from us in the coming days or months. If you see how some of my maize is turning yellowish because of lack of fertilizer, you will feel the reality of what I’m saying. Things are tough this year. So, consumers should expect to spend more on food.”

Mr. Akoka called on the government to do more to reduce the prices of fertilizer.

“Now, it is only the dry season farming that government can do something about, in terms of the fertilizer. But we, even if you now apply thousand bags of fertilizers, it will not change anything because some of the crops have already turned yellowish.”