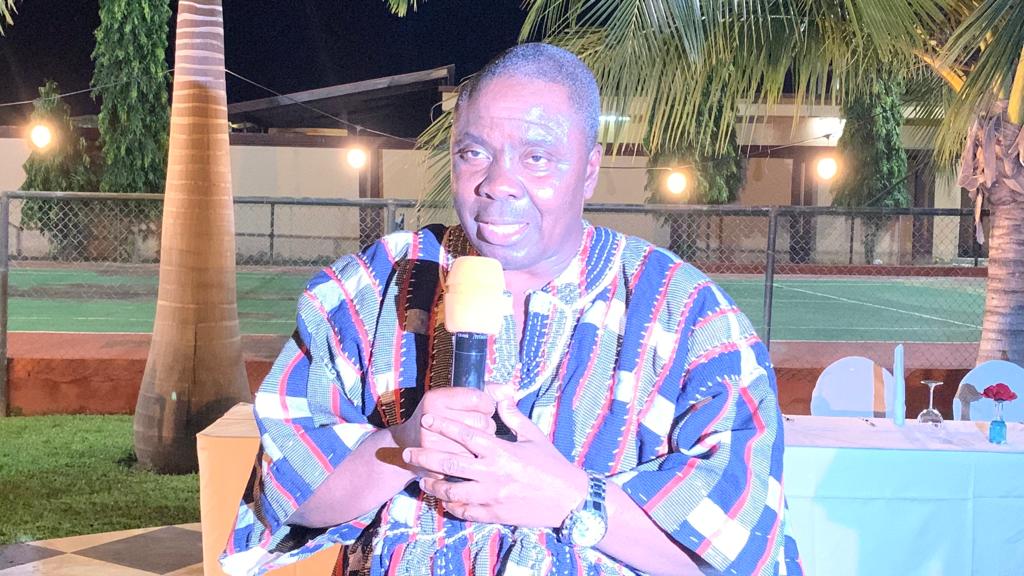 After working in the Upper East Region for more than a year, DCOP Dr. Gariba Pabi Sayibu has bowed out of the region and is headed to the Accra Region as commander.

Dr. Gariba first assumed the command of police service on Thursday, March 11, 2021, after taking over from DCOP Osei Kwaku Ampofo-Duku who proceeded on retirement on Friday, March 5, 2021.

In what could be described as sad moments because of his love for the Upper East region, Dr. Gariba said he is walking out of the region with his shoulders high because of the recognition the region gets from the Ghana Police Service.

“I must say that because of the coordination, the teamwork, the support of the regional minister, police commanders here [Upper East Region] from the deputy to the regional commander have been noticed by the police administration in Accra.”

Dr. Gariba said during a well-attended send-off party for him and other members of Upper East Regional Security Council (REGSEG) who have exhibited the region.

He urged colleague officers to work hard and collectively for the gains of the security sector so that they will also be recognized.

“Much as it is painful, we must also know that it is a recognition for the hard work of officers of the region. We have 16 regions in the country and for the system to pull the Upper East Regional commander to be the commander of the national capital, we all need to be happy about that. What has transpired within the police sector in the Upper East region, is a sign that the regional minister is doing well, coordinating his security team very and therefore, the system is noticing them and pushing them to areas that they think it is the Upper East region’s commanders who can sort it out.”

“So, I want to throw this challenge to other officers who are not commanders in the Upper East region, that they must actually take it that, this region as it is, if you work here well, you will be noticed and there will be higher appointments ahead of you. Why am I saying so? The regional commander of the National Fire Service was moved from here to the National Headquarters and given a department.”

Dr. Gariba commended the Upper East Regional Minister, Stephen Yakubu for the leadership role he played in maintaining peace and order in the region.

“I cannot remember any day that the honorable regional minister had interfered in my work as the commander. Whatever that I was doing, he was encouraging me to make sure that the right thing is done. If we can get regional ministers, cabinet ministers in this country that way, I can assure you that about 70 percent of the security problems of the country will be solved”, he stated.

He thanked the people of the Upper East Region for the corporation they offered him in combating crime during his tenure and called for such corporation to be given to his successor, ACP Darko Offei Lomotey.