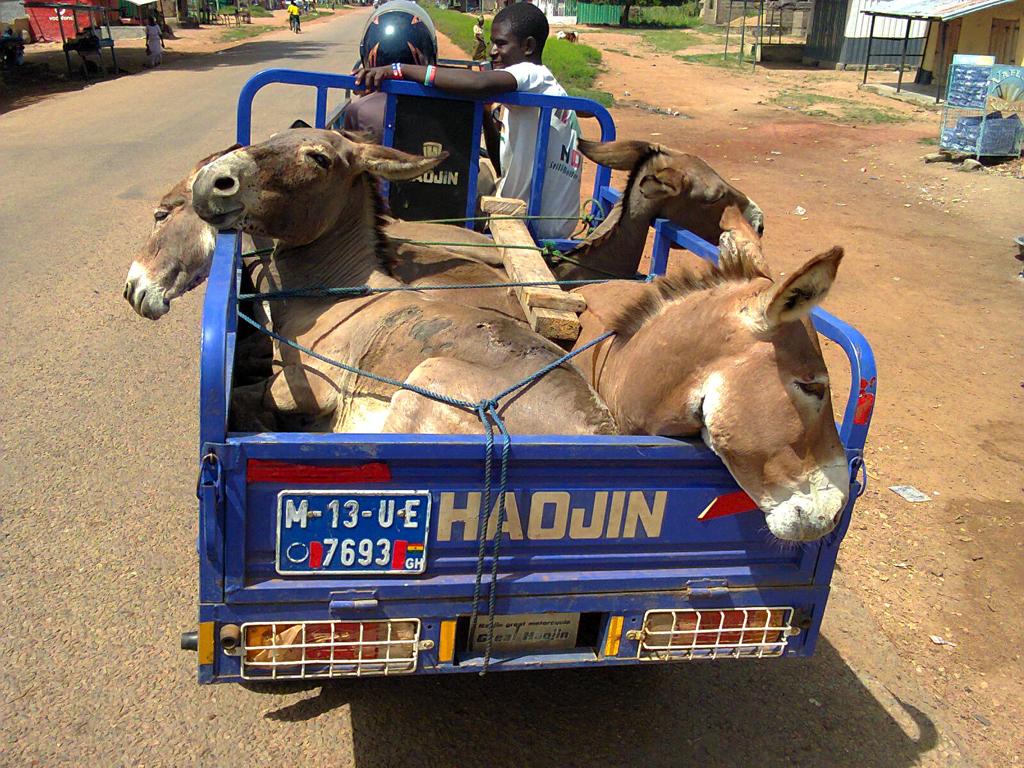 There is a threat that could lead to the extinction of donkeys that serve as a means of transport in the Northern part of Ghana. This could happen if individuals are allowed to continue slaughtering the animal for exportation purposes.

Aside from its use for carting goods from farms to homes and market centres, donkeys are used for ploughing farmlands.

The donkey droppings in some parts of north Ghana are used as manure to fertilize degraded farmland while others see its meat as a delicacy.

Unfortunately, the donkey population in Ghana is under threat because some individuals are slaughtering the animal and exporting its hide to foreign countries.

Due to the high demand for donkey skin, there have been reported cases of stolen donkeys in various communities in the Upper East Region. The suspected thieves who carry out their activities at the blindside of the owners of the animal during the odd hours, kill the animal, skin it, and dispose-off the carcass.

The killing of donkeys to meet the high demand for their skin is allegedly orchestrated by some Chinese nationals with support from the locals. The surge for donkey skin is suspected to be used for pharmaceutical purposes in China. 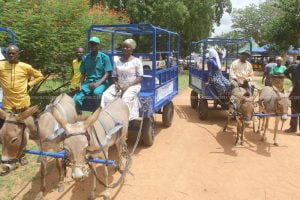 “China has the largest donkey population in the world of over 1 million and in China, you cannot slaughter a donkey even though they are using the hide for precious medicinal. So why should we sit down as Ghanaians and allow these people to destroy the donkey”, an advocate against the extinction of donkeys, Professor Roger Kanton bemoaned.

Mr. Kanton disclosed this exclusively with A1 Radio during a stakeholder engagement for the donkey value chain made up of farmers, donkey butchers association, and veterinary officers to deliberate on measures to adopt to fight against donkey extinction.

The engagement, held in Bolgatanga was organized by the Ghana Poultry Network (GAPNET) and Donyaepa with funding support from BROOKE an international charity that protects and improves the lives of horses, donkeys, and mules. 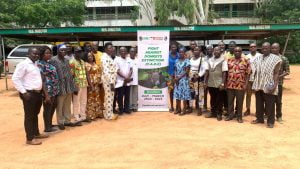 Dr. Kanton suspects that there is a cartel involving government officials who are assisting the Chinese to engage in the commercial slaughtering of the animal

“If donkeys hire finds its way into China despite the ban, certainly it went through by air or by sea and there are officers like the CEPS, Immigration, etc. so the question is, how come? Implementation or enforcement of our laws is very weak and that has been the biggest challenge. So, something somewhere must be wrong. So, we are just appealing to the security services to use their conscience for this thing to stop.”

Aside from the slaughtering of the animal at vantage points of the country especially in Doba community, Mr. Kanton disclosed that an estimated figure of over 100 donkeys is slaughtered daily at an illegal factory established in Walewale in the North East Region. A worrying trend he said if not stopped immediately will wipe off the donkey population in the country.

Chief Executive of GAPNET, Dr. Anthony Akunzule proposed for the Ministry of Food and Agriculture to institute an awards scheme during the national farmers’ day celebration to honour owners who properly take care of the animal as a way to motivate farmers to rear the animal to maintain its population.

“To help maintain donkey population in our communities is to, first of all, create awareness that the donkey has a long gestation period. Again, we should institute awareness on creating donkey owners’ association just like we have with other livestock so that individuals can rear the animal and take good care of it”, he added.